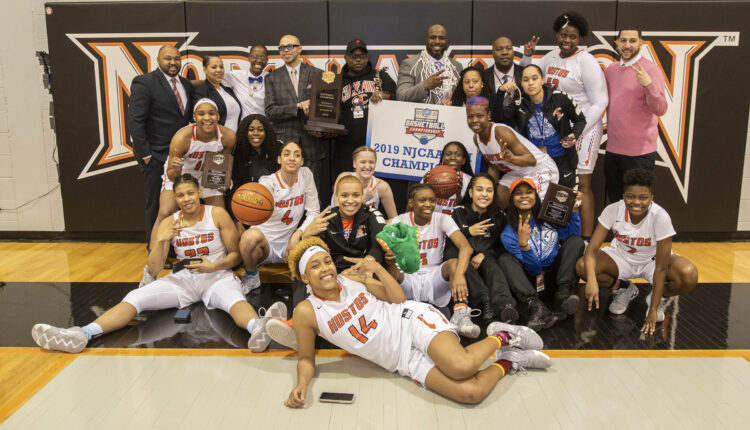 The competition was intense and expectations high, but Hostos Community College was not contested and brought another national championship back to the Bronx. Entitled “Bronx Madness,” the number one Caimans successfully defended their NJCAA Division III title with a win over Owens Community College on March 16 in Bethlehem, Penn.

“The hardest part was managing all of the high-level student-athletes that we had on our program,” said coach DeVernie Winston, who was honored as the tournament’s coach. “To make sure they got in and bought their way into the ‘team’ first, the ‘we not me’ and ‘everyone eats’ mentality was the hardest part.”

He added: “Every day we give our athletes the opportunity to play big games. Everyone needs to understand that anyone can have a great game at any time and make sure everyone else is genuinely excited. “

Sophomore Skydajah Patterson has been named Tournament MVP. Last year’s MVP, Kayla Wilson, who will play for Saint Bonaventure next year, had a double-double. Winston credits his sophomore students with the experience of playing in big games and putting it all on the line in a national tournament.

“I’m not an easy coach,” said Winston, who insists that his players prioritize the academics – even if they do class checks – and commit to his system. “So that they work extremely hard, do not give up under any circumstances and know that I would be tough against them, but at the same time love them, the sophomores brought this experience with them and helped the newcomers to do the right thing throughout the season . ”

The team may have won a national championship in 2018, but Winston and the assistant coaches insisted there was no slacking off. At the beginning of the season, the team played tough opponents outside of the conference. The Caimans finished the season 29-5 and proved that they not only dominated against other CUNY teams, but could also outperform the best.

“They want to put themselves in a position to qualify for athletic and academic scholarships,” said Winston. “This kind of accountability has made everyone really focused on the goal. Once we made it academically, the athletic part fit together perfectly. The work ethic shifted to what we did in court.

“Everyone had a personal goal and because we’re an ‘everyone eats’ team, they were able to achieve that.”