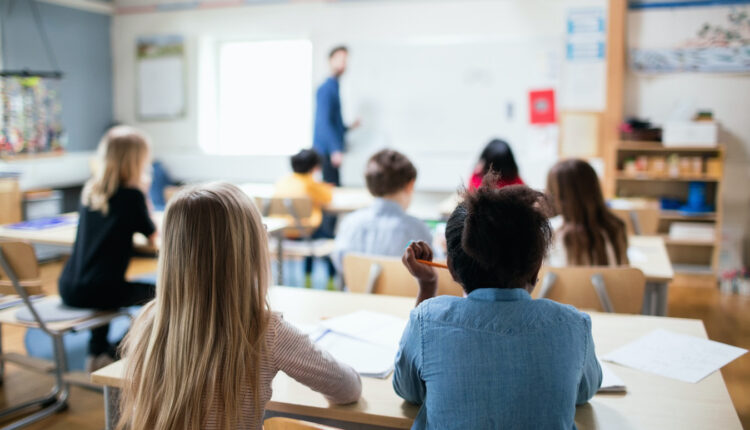 Stephen Matthew Shumaker counted on in-home, in-person demonstrations to drive his water filtration business, which serves the Atlanta area. So when covid-19 hit and no one was inviting people indoors, he turned to the air-cleaning part of his operation.

One card landed on the desk of a postal inspector, who called it false and misleading in a court record. Shumaker then told an undercover agent on the phone on April 24, 2020, that the air purifier “kills the Coronavirus Virus on the spot,” according to a criminal complaint.

Weeks later, as Shumaker was heading out the door to his daughter’s tennis tournament, eight law enforcement officers detained him. In August, he pleaded guilty to distributing “a pesticide device that was misbranded in that the product label was missing an EPA establishment number.” In other words, he failed to follow the letter of a little-known law.

Shumaker told KHN he was just a salesperson and the devices were being shipped straight from the manufacturer. “So I don’t know — what am I supposed to do?” he asked. “How do I know if there’s a sticker on there or not? I don’t have a clue.”

The company that makes the devices, ActivePure Technologies, said Shumaker was not an authorized or known salesperson of its products.

The sting is a rare example of enforcement in an arena where money is gushing like a geyser but oversight is nearly nonexistent. Electronic air cleaners, heavily marketed to gyms, doctors’ offices and hospitals, companies and schools awash in federal covid relief funds, tend to use high-voltage charges to alter molecules in the air. The companies selling the devices say they can destroy pathogens and clean the air.

But academic air quality experts say the technology can be ineffective or potentially create harmful byproducts. Companies that make the devices are subject to virtually no standardized testing or evaluation of their marketing claims. A KHN investigation this spring found that over 2,000 schools across the country have bought such technology.

“That’s one of the reasons these companies thrive, is that there’s nobody, nobody checking every aspect of what they do,” said Delphine Farmer, a Colorado State University associate professor who specializes in atmospheric and indoor chemistry.

An alphabet soup of federal agencies have truth-in-advertising or product medical device oversight powers but have done little about air cleaners or left broad loopholes. That has left a handful of states to take the most decisive action on the industry.

The Centers for Disease Control and Prevention does not regulate the devices but, like academic air quality experts, recommends time-tested portable HEPA filters to clean the air in rooms. In comparison, ionizing and dry hydrogen peroxide air purifiers have a “less-documented track record” in air cleaning, the CDC says.

The CDC also urges consumers to research the technology and “request testing data.” Those reports, though, can be difficult to parse. They include arcane terms like “natural decay” and test conditions that only an expert could spot as different from those that prevail in real life.

The Food and Drug Administration regulates medical devices. But only air purifiers for a direct medical use or that make a medical claim, like relieving allergies, qualify. The FDA doesn’t consider ads saying a device can kill a microorganism a “medical claim,” spokesperson Shirley Simson said in an email.

Instead, the air purifiers fall under the Environmental Protection Agency’s authority as devices marketed to destroy “pests,” which include bacteria or viruses. But “unlike chemical pesticides, the EPA does not register devices and, therefore, does not routinely review their safety or efficacy,” the agency said.

Trying to fill the gaps, California bans the sale of air purifiers that emit more than a certain level of the toxic ozone gas. The New York State Education Department is “not recommending” that schools buy air purifiers it describes as “ion generators” or “corona discharge technology.”

Jeffrey Siegel, a University of Toronto civil engineering professor who studies indoor air quality, said more meaningful national regulation might clarify for consumers how the devices would work in an actual room.

“If you get any serious government oversight, a big chunk of this industry will go away,” said Siegel.

While “pesticide” might evoke the idea of a roach killer, the EPA applies the term more broadly: A pesticide is any substance that claims to kill or mitigate pests. Technologies that claim to do the same through physical means — including air purifiers that inactivate bacteria and viruses — are considered pesticide devices.

And while the agency requires proof that pesticides such as some types of Clorox wipes are safe and work in its premarket review, it has no such requirement for so-called pesticide devices — such as electronic air cleaners that deploy ions or “reactive oxygen” to purify the air.

Instead, manufacturers need to obtain what’s known as an establishment number indicating where the device is made, and then they and their sellers must label their products with it. That’s the step Shumaker pleaded guilty to skipping.

“There is no review associated with that,” said James Votaw, a lawyer who specializes in chemical regulation law at Keller and Heckman in Washington, D.C. “That is automatic. It’s like trying to get license plates for your car.”

So Shumaker told KHN he was baffled as to why he was targeted instead of the corporate level, which in this case would be the company, Aerus, which is now ActivePure Technologies. Dr. Deborah Birx, former adviser to President Donald Trump, joined ActivePure in March as chief medical and science adviser.

“I was alone,” Shumaker said in an interview about facing charges. “Nobody backed me up.”

Joe Urso, CEO of ActivePure Technologies, told KHN that its studies showing its devices inactivate the virus that causes covid were not completed until the fall, long after the postcards were sent. Urso said in a statement that his company’s devices do have establishment numbers, and that he supports the ruling against Shumaker.

Federal Trade Commission officials have written warning letters to some air cleaner companies during the pandemic. The commission requires claims about a product’s safety and efficacy to be supported with “competent and reliable scientific evidence.”

One of the last high-profile actions the FTC took against an air purifier company was in 1997, when the Justice Department filed an action on its behalf against Alpine Industries, which made ozone-generating air purifiers. In 2001, a judge fined Alpine $1.49 million for failing to stop making unsubstantiated claims about its devices, which it had said relieved allergies and removed indoor pollutants.

Siegel, of the University of Toronto, consulted with U.S. government agencies targeting the misleading marketing claims of some air-cleaner companies about 10 years ago. He finds the company-by-company approach to be a game of “whack-a-mole.”

“A company goes away because they have regulatory scrutiny and reinvent themselves a few months later,” he said. “The only solution I see to this problem is a government agency really takes ownership of this — the information dissemination to consumers and the claims by manufacturers. I see no other path forward.”

The Federal Insecticide, Fungicide, and Rodenticide Act, which regulates pesticide devices, was written decades ago and applied to things such as flypaper, long before anyone anticipated machines that would blast ions to clean the air.

Even before the covid pandemic, Jones’ group was ringing the alarm over the increasing public health claims around pesticide devices. The pesticide control association wrote in a 2019 public comment to the EPA of its concern about the growing use in health care facilities of “non-government evaluated pesticide devices that make unsubstantiated human health claims … with no scientific data being submitted to EPA to prove their effectiveness.”

EPA spokesperson Tim Carroll said in an email that the agency is developing more outreach materials for schools on air purifiers.

But as few independent authorities assess the effectiveness of the devices, school officials have been snapping them up.

“We followed the doctors and the hospitals and the government,” he said. “They would not put their patients and staff in harm’s way.”

AAPCO’s Jones said changes to federal oversight are needed to better deal with the flood of devices. His solution: If a pesticide device makes a public health claim, it should be evaluated with the same rigor used for pesticides like ant spray.

But to alter the law fundamentally would take congressional action, EPA’s Carroll said.

The EPA can prosecute pesticide device companies and sellers under existing laws if a product makes misleading or false claims — and fines can reach into the millions, according to Brandon Neuschafer, a lawyer who specializes in agricultural regulations at the St. Louis-based firm Bryan Cave Leighton Paisner. He noted companies are often turned in by their competitors.

But EPA’s resources were not the same as they were many years ago, Neuschafer said, as the agency is working with smaller staffing and budgets.

Almost a decade before covid emerged, New York’s education department asked state health officials to test an AtmosAir bipolar ionization unit to see if it would improve the air quality.

During a test in an empty classroom, they found that levels of harmful ozone gas and “ultrafine particles” that can cause cardiovascular problems were elevated, indicating “worse indoor air quality when the AtmosAir Bipolar ionization unit is operating,” the 2013 state Bureau of Toxic Substance Assessment report said.

New York State Department of Health officials released the study in response to a KHN public records request about the education department’s covid-era guidance, which urges schools not to buy ionizers.

AtmosAir spokesperson Sarah Berman said the device studied in 2013 is discontinued and “all current products have no affiliation to” it. She also said in an email that tests by third-party labs found that “our bipolar ionization products do not contribute to unacceptable levels” of volatile organic compounds, which are potentially harmful substances.

The California Department of Public Health advised in September against using “air cleaning devices that generate harmful pollutants (i.e., ionization devices or ozone generators)” on the third page of a single-spaced, 44-page document. That guidance was widely overlooked. Districts from Berkeley to Fontana to Culver City bought ionization systems.

But the state does have a one-of-a-kind law: It bans air purifiers that emit anything above a certain level of ozone.

New Jersey doesn’t have the same kind of regulation: KHN reported that a public school district there bought thousands of ozone-emitting Odorox devices on the California Air Resources Board’s list of “potentially hazardous” air purifiers. Since then, the New Jersey health department posted guidance warning schools about the air purifiers “that may harm health,” listing the specific hazards of ozone to children’s health.

Back in Georgia, Shumaker was fined more than $9,000 and is on two years’ probation.

And the postcards that got him into trouble? Those led to only a handful of sales.

“So it was just like setting money on fire,” he said.