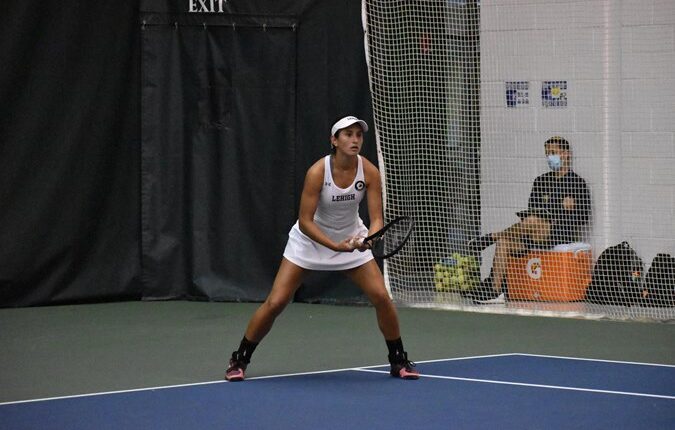 BETHLEHEM, Pa. – Senior Paula Gonzalez of the Lehigh women’s tennis team landed a spot in the All-Patriot League, announced by the league office on Tuesday. The No. 1 single player for the Mountain Hawks was awarded the Second Team All-League. It is the second time in Gonzalez’s career that she has been promoted to the All-League (second team in the first season).

“Paula had an outstanding career and this recognition is well deserved. Paula and her teammates have always tried to get a little better every day,” said head coach Sarah Hendrix. “Over time, this has had a huge impact on her success and the overall success of our program. Your competitive pressures and leadership skills will leave a lasting legacy on our program.”

The Mountain Hawks’ front runner competed in first place in each singles and doubles competitions during the 2021 season. Gonzalez won the Patriot League Player of the Week award in mid-March after a crisp 4-0 start in singles and doubles. The senior from Weston, Fla, ended the season with a 3-4 mark in singles against the best player on each team, while finishing first in doubles with 5-4.

During her four-year career with Brown and White, Gonzalez set a 28-27 record for the Mountain Hawks in singles and a 29-21 mark in doubles.