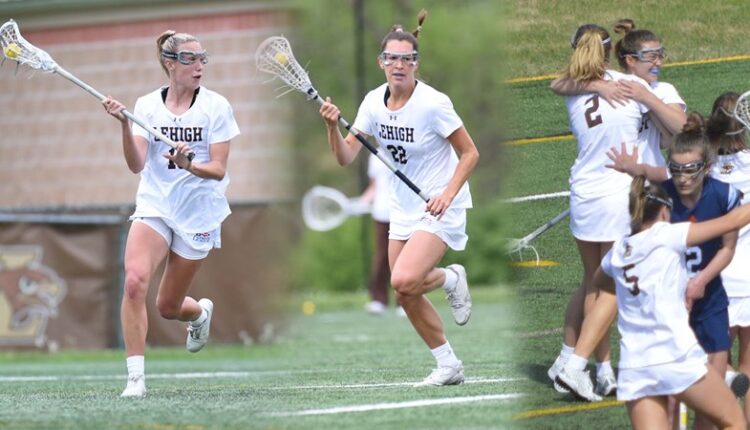 Dickey was named Patriot League Midfielder of the Year in 2021 and named the first All League team for the third year in a row. She finished the year as a team leader in goals (44), points (52), groundballs (39), generated sales (41) and pulled controls (53). She was the first player in the program’s history to be in the top 10 for career goals, assists, points, groundballs, draw controls and generated revenue. Dickey generated 26 sales in her last six games, including 15 in three Patriot League tournament games to earn the All-Tournament Team Award and become the program’s record holder for one-season sales. Dickey’s six Midfielder of the Week awards and seven overall awards in 2021 set a record in the Patriot League for one season, while her weekly awards set a record for 15 careers in the Patriot League.

Ladda received the “Scholar-Athlete” award after being named to the All-Patriot League and Academic All-Patriot League for the second time in a row (no awards were given in 2020). Having achieved an average grade of 3.76 in Marketing, Ladda holds a 4.0 GPA in Graduate School (Technical Entrepreneurship). Ladda was inducted into the Patriot League Academic Honor Roll every year and onto the Dean’s List almost every semester. Ladda was also named Lehigh Lacrosse Athlete of the Year in 2019. On the field, Ladda served as the anchor for Lehigh’s defense, who finished third in goals against average in the Patriot League (9.81). Ladda and the D allowed seven or fewer goals in six of their last eight regular season games. She was also named to the Patriot League’s all-tournament team.

Skillin received the Coaches Award for their hiring, improvement and service. Skillin’s consistent impact goes beyond what can be seen in a boxed score as it makes a huge contribution to the Mountain Hawks’ four program values ​​- loyal, relentless, proud and happy. On the field, she made the most of her first game action of the season and scored her first career goal in her first career against Bucknell. She also picked up a ground ball and shot on goal in the regular season finale against American.