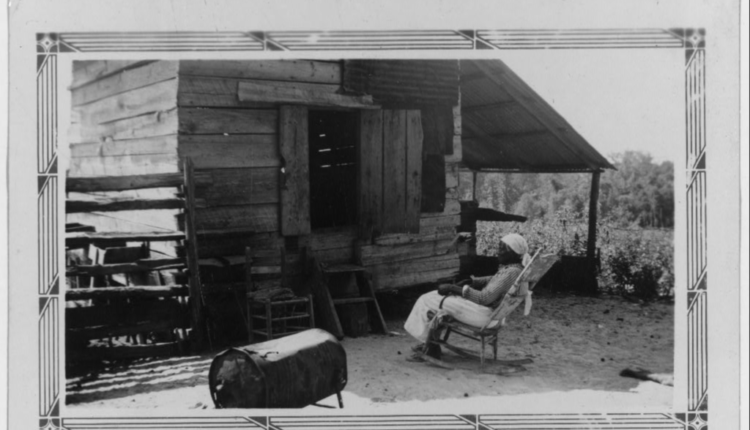 5. The “twenty and odd Negars” who had arrived a few days earlier on Aug. 25 on the Dutch White Lion were traded, sold, and forced to labor at plantations along the nearby James River in what would become Charles City.

Although American slavery was founded in Virginia, which is in the South, it wasn’t unique to that colony or state or region. It also happened in the North, including right here in Philadelphia.

On the southwest corner of Front Street and High Street — now Market Street — stood the London Coffee House, which opened in 1754 with funds provided by 200 local merchants.

It was where shippers, businessmen and local officials, including the governor, socialized, drank coffee and alcohol, and ate in private booths while making deals. It was where, on the High Street side, auctions were held for carriages, foodstuffs, horses, and African girls, boys, women and men who had just been unloaded from ships that docked right across the street at the Delaware River.

Slavery was a key component of daily life here in Pennsylvania generally and Philadelphia particularly. In the 1760s, nearly 4,500 enslaved Blacks labored in the colony. About one of every six white households in the city held at least one Black person in bondage.

This cruel institution began here in 1684 when the slave ship Isabella from Bristol, England, anchored in Philadelphia with 150 captured Africans. A year later, William Penn himself held three Black persons in bondage at his Pennsbury manor, 20 miles north of Philly. Even George Washington enslaved Blacks, 316 to be exact. And he held nine of them right here in the so-called City of Brotherly Love at America’s first “White House,” which was known as the President’s House at Sixth and Market (then High) streets.

Based on recently disclosed archival evidence publicized by Project 1619, an “organization whose mission is to promote the arrival of the first Africans in America to be brought ashore on English occupied territory at Point Comfort, today’s Fort Monroe in Hampton,” the public finally knows the precise date of the 1619 birth of what became American slavery.

Many persons, including most historians, had previously been citing August 20 based on the only records available at that time.

But as recently written by Calvin Pearson, founder and president of Project 1619, “On August 25, 1619, the White Lion [pirate and slave ship] entered from the Chesapeake Bay and arrived at Point Comfort, an English settlement … at the mouth of the harbor, 20 nautical miles downstream from Jamestown.” For more information about his organization’s scholarly research concerning slavery, log onto Project1619.org.

By the way, that Aug. 25, 1619, date is confirmed by primary source documents in “Voyages: The Transatlantic Slave Trade Database,” compiled from 40 years of archival records by the National Endowment for Humanities as well as by other similar documents in the inimitable Archivo General de Indias in Seville, Andalusia, Spain.

Slavery kinda/sorta ended in 1865 with the adoption of the 13th Amendment — but not really because that amendment actually opened the door to the Black Codes, which created convict leasing, which in turn led to the racist mass incarceration of the 20th century and especially the 21st century.

And it gets worse. In addition to the maliciously tricky language of the 13th Amendment, Blacks were and/or are victimized by the reactionary Redemption Era, sharecropping, peonage labor, mass lynchings, de jure segregation (known as Jim Crow), de facto segregation, stop-and-frisk, police murder of and other brutality against unarmed Blacks, legislative voter disenfranchisement, court-sanctioned gerrymandering, redlining, and additional systemic forms of official racial injustice.

For more information about the continuation of slavery-in-effect after 1865, watch “Slavery By Another Name,” a powerfully disturbing but culturally enlightening documentary based on a book written by Douglas A. Blackmon. It can be viewed here.

On Aug. 25, 2021, remember what happened precisely 402 years ago beginning Aug. 25, 1619. Remember the kidnappings, the loss of name, culture, language, land and spirituality, the whippings, the chaining, the shackling, the feces-, urine- and vomit-filled “slave” ships, the buying, the selling, the family separations, the branding, the rapes, the castrations, the lynchings, the utter despondency of hellish slavery, and Mr. Chinn.

Michael Coard, an attorney and radio host, is a columnist for the Philadelphia Tribune, where this column first appeared.