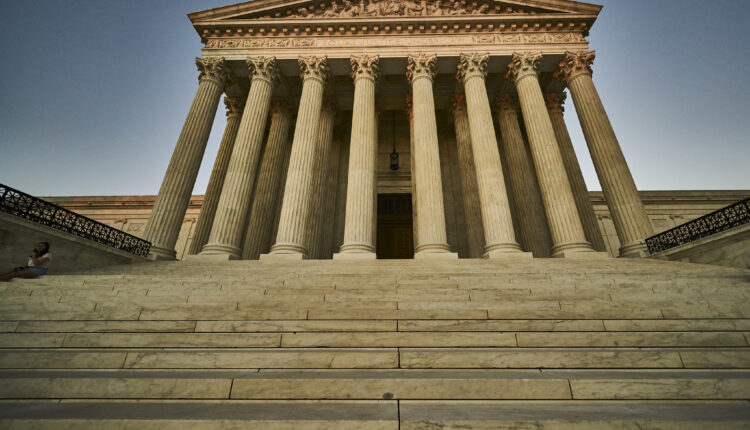 The 9-0 decision in NCAA v. Alston was delivered by Supreme Court Justice Neil Gorsuch, who said the college athletics body is not exempt from antitrust law.

While the ruling won’t have any immediate effect on multiple state laws that would allow student athletes to earn compensation for their name, image or likeness, the court’s action nonetheless was a major blow to the NCAA in the ongoing struggle over student athlete pay.

The ruling was greeted by players like Jordan Bohannon, a University of Iowa basketball point guard who tweeted, “Another great step in the right direction!!! #NotNCAAProperty”

The NCAA had appealed a federal court ruling from the 9th Circuit. That lower court found that the NCAA cannot limit universities from offering potentially lucrative educational benefits to college athletes such as postgraduate scholarships, study abroad opportunities and internships.

States poised to allow college athletes to profit off their name, image, and likeness

The NCAA argued that allowing such compensation for those athletes would jeopardize their amateur status.

Gorsuch said that if the NCAA wanted an exemption from limiting benefits related to education, it should ask Congress to get involved. While multiple bills have been introduced in Congress on the question of college athlete compensation, none have made much progress.

“The NCAA is free to argue that, ‘because of the special characteristics of [its] particular industry,’ it should be exempt from the usual operation of the antitrust laws — but that appeal is ‘properly addressed to Congress,’” he wrote.

The Biden administration submitted a brief in support of college athletes, affirming that the 9th Circuit was correct in its ruling.

Justice Brett Kavanaugh wrote a concurring opinion, arguing that the NCAA was acting “above the law.”

“Nowhere else in America can businesses get away with agreeing not to pay their workers a fair market rate on the theory that their product is defined by not paying their workers a fair market rate,” he wrote. “And under ordinary principles of antitrust law, it is not evident why college sports should be any different. The NCAA is not above the law.”

A handful of states has already moved to change their laws to allow student athletes to receive compensation based on their name, image or likeness, such as Florida and Georgia. Some of those laws go into effect July 1.

A tally by ESPN shows at least 11 other states — including Tennessee, Montana, Colorado, Michigan, Maryland and Arizona — have statutes poised to go into effect in the coming months and years. Other bills also are working through legislatures across the country, including in Ohio. All but nine states have introduced some form of similar legislation, according to USA Today.

The NCAA, which governs college sports, has long resisted efforts to pay student athletes, even as its revenues and those of university athletic departments have soared.

Broadband became unaffordable for some during the pandemic | The Numbers Racket