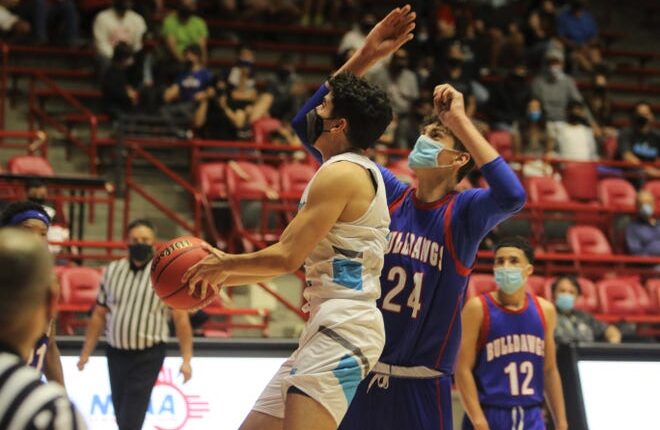 LAS CRUCES – Isaiah Carr has seen increasing interest over the summer, but 6-11 Las Cruces High Center wouldn’t miss a good opportunity if it came up.

Carr announced on Monday via Twitter that he would be committed to the champion of the Western Athletic Conference, Grand Canyon University in Phoenix.

Carr also had offerings from Western Illinois, Central Arkansas, and Lehigh University. UTEP and the University of New Mexico also showed interest after a junior season in which Car averaged 15 points, 10 rebounds and two blocked shots per game, helping the Bulldawgs reach the Class 5A championship game.

“I found the perfect fit for myself and my values ​​and they were determined to recruit me,” said Carr. “I loved what they are about and they are close to home and one of the better programs on the WAC.”

Carr said he wanted to wait until after his senior year to sign up, but since Division I transfers can now switch once without a year off, he didn’t want to miss out on a good fit.

“Congratulations to him and his family,” said William Benjamin, Las Cruces basketball coach. “He’s a great boy. I am very happy that he can achieve one of his goals and become a Division I player at a very good up and coming Grand Canyon school.”

‘That is how we will lift up our nation’s middle class’: In Pgh, VP Harris touts child tax credit