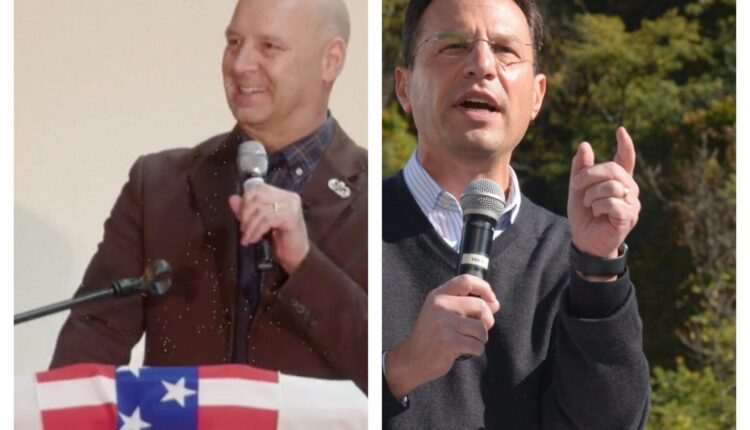 The campaign for Pennsylvania governor between far-right Republican nominee Doug Mastriano and Democrat Josh Shapiro, the state’s current attorney general, has been one of contrasts.

The fundraising race has been no exception.

On track to shatter the record for campaign spending in a Pennsylvania governor’s race, Shapiro’s campaign received more than $25 million in contributions since June, according to his campaign finance report released Tuesday.

Mastriano, who has been largely ghosted by deep-pocketed Republican donors, raised only $3.2 million in the same period, according to records filed with the Department of State..

But in a race where Mastriano has overcome long odds before, Shapiro’s 8-to-1 fundraising advantage over the last three months doesn’t mean the election is a foregone conclusion.

One Republican poll of more than 1,000 likely voters put Mastriano within 2 points of Shapiro. A Marist College poll, however, put Shapiro’s lead at 13 points.

Mastriano, a state senator from Franklin County, won a crowded primary over members of his party distancing themselves from his call for a total ban on abortion and his involvement in efforts to overturn the 2020 presidential election.

On the campaign trail, Mastriano has called for a rollback of same-sex marriage and transgender rights, the elimination of gender and race theory from public school curricula, cuts in public education funding, and a transition to school choice vouchers, and a rollback of environmental regulations to support fossil fuel production.

Meanwhile, Shapiro, of Montgomery County, and running mate Austin Davis, the Democratic nominee for lieutenant governor from Allegheny County, have promised improvements in education and job creation, measures to curb gun crime, protection of civil rights including access to abortion, and policies to foster business growth.

Campaign finance reports show Shapiro spent nearly $28 million since June, including $17 million on advertising, for a total of $38 million since the start of the campaign. Former Gov. Ed Rendell holds the longstanding record of $40 million for the largest sum spent in a Pennsylvania governor’s race.

Shapiro rolled into the final seven weeks of the campaign with nearly $11 million in cash on hand, according to the report which includes transactions through Sept. 19.

Mastriano spent just less than $1 million during the same period, and less than $2.4 million overall since January. Mastriano had nearly $2.6 million on hand as of Sept. 19, according to his report.

While Shapiro is saturating the airwaves, Mastriano has favored social media livestreams of his campaign stops and speaking to voters via Facebook. Many of Mastriano’s largest campaign expenses are for campaign consulting, including $18,000 to $37,500, records showed.

Mastriano’s largest individual contributions came from the founders of shipping and business supply company Uline, Richard and Elizabeth Uihlein, who contributed a total of $1 million.

Among the individual donations Mastriano received is $500 from Andrew Torba, the founder of the alt-right social media site Gab, which has been criticized as a haven for bigoted and anti-semetic speech. It was the platform where the gunman accused of killing 11 people at the Tree of Life Synagogue in Pittsburgh in 2018 posted about his plan minutes before the shooting.

Mastriano came under fire earlier in the campaign for paying $5,000 to Gab to engage with potential voters.