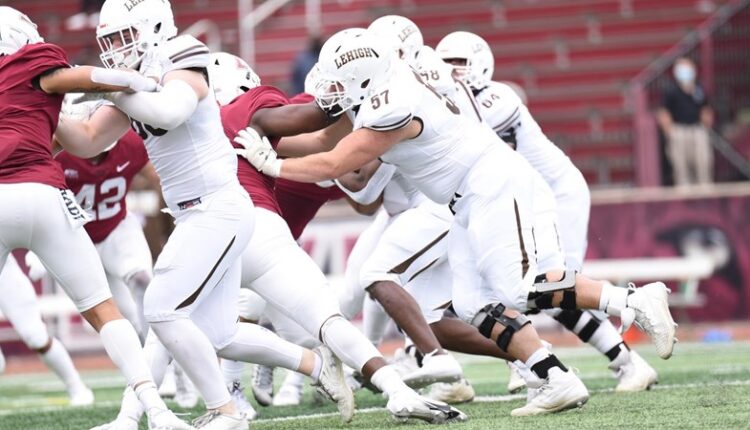 Chris Fournier Selected By Montreal In Third Round of CFL Draft

BETHLEHEM, PA. – Chris Fournier, Senior Offensive Lineman at Lehigh, will have the opportunity to continue his football career in his home country. Born in Orleans, Ontario, he was selected by the Montreal Alouettes in the third round (27th overall round) of the Canadian Football League draft on Tuesday night.

Fournier contributed for four years and was a full-time starter in the Mountain Hawks offensive line for three years. He played seven games as a freshman and in 2017, making three starts in the middle. He moved to the left in the second year and started all 25 games of his last three seasons in this position. Fournier was Lehigh’s most experienced and consistent lineman in his last two seasons and received the Second All-Patriot League award following the recently completed Spring 2021 campaign.

Fournier is designed by Montreal and reunited with Lehigh All-America, who is bringing back Dominick Bragalone ’19, who signed with the Alouettes in February 2020 before the pandemic broke out. Fournier blocked for Bragalone in Bragalone’s last two seasons in brown and white.

Fournier is expected to graduate with a civil engineering degree later this month.