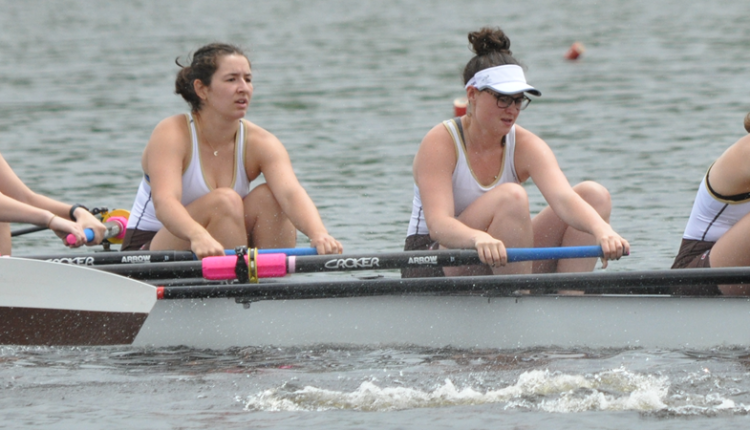 BETHLEHEM, Pa. – Two members of the Lehigh women’s rowing’s team were recognized on Thursday as All-Patriot League honorees. Senior Honora Campbell was named to the first team for a second straight season while junior Cameron Laukaitis was named to the second team – her first-career All-League honor.

“Honora and Cameron are the fastest women on the team and have been incredibly consistent in their effort and desire to win a Patriot League Championship,” said Lehigh head coach Brian Conley. “They definitely earned their recognitions and I’m looking forward to having both back next year to lead the team to an even higher level.”

Campbell was the five seat of the Varsity Eight at the Patriot League Championship while Laukaitis was the four seat. The V8 finished fourth at the championship with a time of 7:04.686, tied for the best finish in program history at Patriots and marking the best finish with nine crews participating (last season, the Mountain Hawks’ V8 finished fourth out of seventh). It marked the closest the Mountain Hawks’ Varsity Eight has ever been to Navy (just over five seconds), an annual Patriot League contender. Lehigh’s Varsity Eight also defeated Georgetown for the first time in program history. Another big highlight for the Varsity Eight this spring was winning Patriot League Boat of the Week on Apr. 20 after beating Colgate by 12 seconds in the morning and Marist by 10 seconds in the afternoon. The V8 also received honorable mention on the weekly honor roll on multiple occasions.

The spring season saw plenty of highlights, capped off by Friday’s performance, as the program looks to continue raising the bar moving into 2022-23.

Bison Pastrami, Anyone? Preschool Assistant Makes Sure Kids Get to Know Indigenous Foods

Watch: Going Beyond the Script of ‘The G Word’ and How Government Responds to Disease (Or Not)