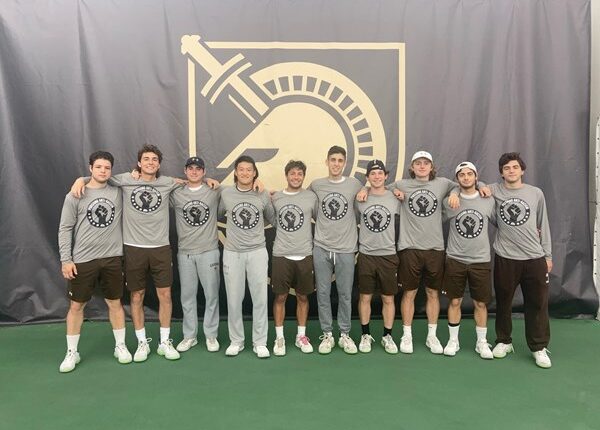 WEST POINT, NY – The Lehigh men’s tennis team (3: 2, 2: 2) suffered a heavy defeat on Sunday afternoon and lost 4: 2 to the Army West Point Black Knights at the Lichtenberg Tennis Center. With the army’s victory, the Black Knights have now won eleven direct meetings between the two schools.

Lehigh’s top doubles continue to dominate as Zack Elliott and Harry Wang took another 1st place win. The duo’s 6-2 win over the top Army team improves Elliott and Wang’s record to 4-1 at the top. Despite winning, the Black Knights took the other two doubles to get the colon.

In the singles, Brown and White managed to score two singles victories in the afternoon. In first place, the junior Elliott won his third single game of the season in first place. Elliott’s 6-2, 6-2 win over Aj Woodman was a big jolt for the Mountain Hawks. In 5th place Jacob Edelchik scored a 7: 6: 7: 6 win over Jake Huarte. With Edelchik’s victory, the senior improved to 4: 1 in the individual.

Sophomore Matt Kleiman fought for third place against Thomas Lake. Kleiman took the first set but was outdone in the last two sets to end the match. The final result in 3rd place was 5-7, 6-2, 6-4. In second place, senior Wang went from head to toe with Diego Huttepain, but could not get the win. Wang suffered the 6-4, 7-5 loss.

Next, the Mountain Hawks will face each other in their final regular season game next Sunday in Bucknell. Lehigh will host the Patriot League Championships from April 22nd to 25th.