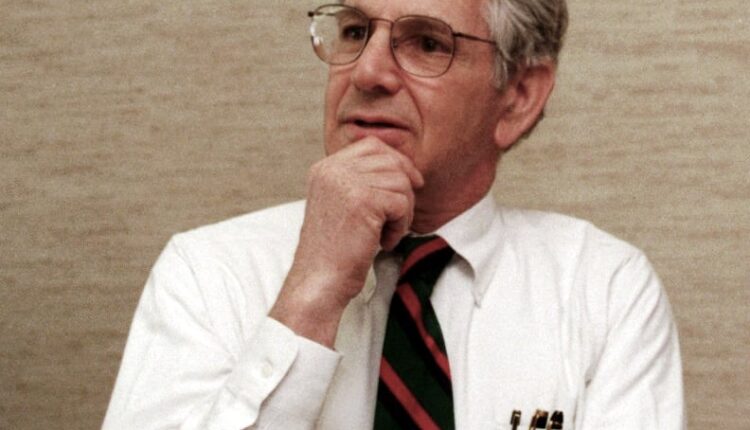 After joining the Sun in 1953, Mr. Sterne covered the general assembly and administration of Governor Theodore McKeldin (R) before one of the top editors approached him as a foreign correspondent and asked, “What’s your British accent? I’m sending you to London. “

Mr. Sterne spent much of 1959 traveling through Africa and reporting on the decolonization of the continent. During the Congo crisis, he was wounded on board an army helicopter.

He was in Washington as a congressional correspondent in November 1963 when President John F. Kennedy was fatally shot in Dallas. Armed with a biographical sketch from the Associated Press and a few reference books, Mr. Sterne sat down at his typewriter at 3 p.m. and began to write an obituary.

He began: “John Fitzgerald Kennedy associated the New Frontier label with a career full of daring and vision. … His rocking chair, his Boston Harvard brogue, his head of brown hair, his enthusiasm for political struggle, his instinctive humor, his pursuit of peace through strength … all left their mark on an era of American history. “

Mr. Sterne wrote a detailed history of the 35th President mainly from memory. “It was the longest I’ve ever written,” he recalled in a 2013 Sun interview, and when he stopped typing, he’d looked through four packets of cigarettes and never smoked again.

A few years later, Mr. Sterne was head of the Bonn office when the publisher William F. Schmick Jr. visited him in Germany and offered him two options: he could become editor of the newspaper’s editorial page or head of the Washington office. He decided on the former and took over the editorial side in 1972.

During his tenure, Mr. Sterne hired the newspaper’s first two African American editors, Denton Watson and Jerelyn Eddings. He was also in a constant battle with the notoriously autocratic Mayor William Donald Schaefer.

“Schäfer called Joe a lot and yelled at him. Joe always handled these calls diplomatically, saying, “I treat him like my sons were young and tantalizing,” wrote Barry Rascovar, assistant editor on the editorial page during Mr. Sterne’s tenure, in an email. “He let Schäfer vent, then calmly asked him questions or made a humorous remark.”

Mr. Sterne was the longest-serving editorial page editor of the sun.

“His side acted as the vocal cheerleader and promoter for Baltimore. It was a public scolding from government officials and politicians, ”Rascovar wrote in a farewell greeting at the time. “The goal: to create well-written, thoughtful editorials that are influential enough to convince influential people to do the right thing. At the time of the election, he saw his job as being to give readers clear instructions on the best candidates for office. “

He graduated from Lehigh University in Bethlehem, Pennsylvania in 1945 and received a master’s degree from Columbia University’s Graduate School of Journalism in 1950. He worked for the Wall Street Journal and the Dallas Morning News before joining the Sun.

Retired, Mr. Sterne was a Senior Fellow at the Johns Hopkins Institute for Policy Studies. His books included Combat Correspondents: The Baltimore Sun in World War II. In researching the book, he read all of the Sun’s war reports.

His marriage to Barbara Greene ended in divorce. There are five sons who survived; two brothers; 15 grandchildren; and 13 great-grandchildren.