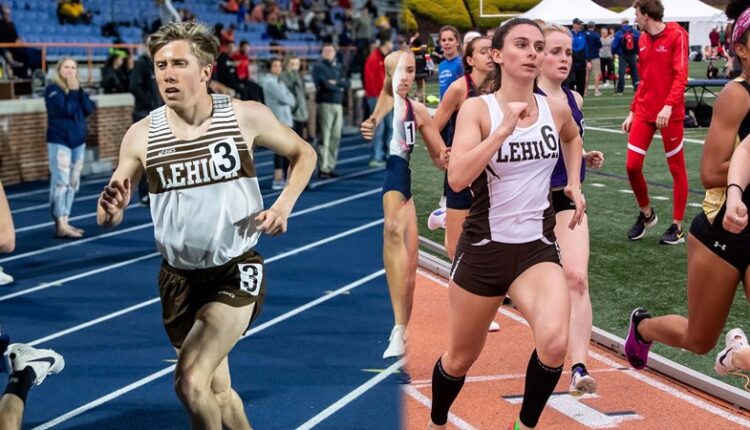 LEWISBURG, PA. – The men’s and women’s athletics teams of Lehigh held another meeting at Bucknell University on Sunday. The Mountain Hawks competed against Bison, Army West Point and Colgate. This was the fourth weekend in a row that the Mountain Hawks re-signed the Brown and White in a live meet-up. Despite competing on a rainy, wet, and humid day, Lehigh won nine events during the day.

Starting with the women, first year athlete Kerry Perna shone in the pole vault by winning with a mark of 1.75m. In the 400mH, Kaja Skerlj displaced the field with a time of 1: 03.21. Skerlj was also a member of the victorious 4x400m relay team. Skerlj, Carly Friend, Anna Murphy and Ashley Struck won with a time of 3: 56.46. The Junior Friend also won the 800m with a time of 2: 14.25. Junior Hetty McMillan finished third in the same event with a time of 2: 17.49.

In the 400 meter run, newcomer Simone Davey achieved an impressive second place with a time of 59.64. The second Sequeira also took second place in the long jump with a mark of 5.53 m, while Avery Roze took fourth place in the same event with a mark of 5.14 m. Ashley Struck was third on the 200m with a time of 26.60. Sophomore Andrea Miller was in the obstacle race with a time of 11; 34.47 third party. In the javelin, Karina Roze (38.46 m) and Briana Wanbuagh (36.98 m) took third and fourth place.

Brittany Curtin’s mark of 41.14 was good enough for third place in the discus, while Junior Meyer landed right behind her in fourth place with a mark of 40.74 m. Teasha McKoy would then finish fourth in the shot put with a throw of 13.01 m. Ashley Griesmeyer was fourth in the 100mH with a time of 15.57.

In the men’s category, freshman Conor Reilly continued his remarkable start to college career with another win. The student athlete in his first year won the pole vault with a mark of 4.90 m. In the 400mH, Christian Tackett took his first career win with a time of 55.93. Junior Michael Nardelli achieved another impressive victory in the 110mH with a time of 15.16. The newcomer Daniel Stipanov finished third in the same event with a time of 15.41.

In the 4x400m relay, Kerem Ayhan, Douglas Cooke, Amondo Lemmon and Harrison Ernst took third place with a time of 3: 25.53. On the field side, Riley LaRiviere took two third places that day. The senior came third both in the hammer (59.11 m) and in the discus (43.82 m). Sophomore Ian Scott’s 6.42m mark was good enough for fourth place in the long jump. Anastasios Mouzakis was third in the javelin of 33.48 m.

Next, Lehigh will attempt to tame the Lafayette leopards at the annual Lehigh-Lafayette double reunion. The meeting will take place in Easton next Saturday.