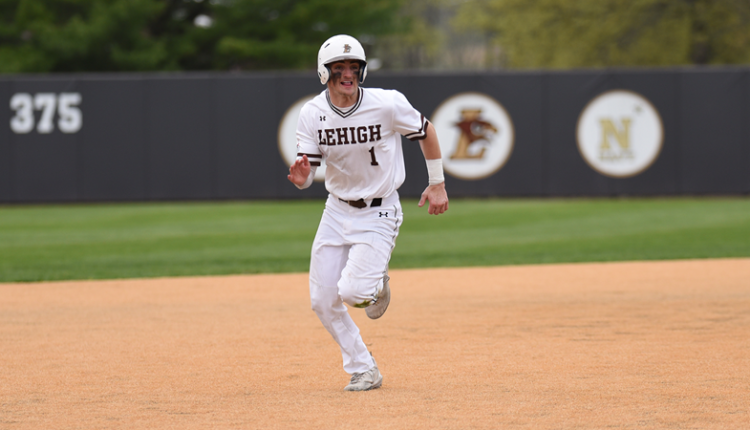 BETHLEHEM, PA. A Tyler Young walk-off single, battling two outs in the ninth inning, followed a punch from Chase Carlson when the Lehigh baseball team came from behind to Fairleigh Dickinson Wednesday afternoon at J. David Walker Field in Legacy Park to beat. The Mountain Hawks (16-14) followed the Knights (6-19) since the fifth inning, but the offensive found ways to advance and gradually close the deficit before prevailing in the lower part of the final frame.

Both starting pitchers (FDU’s Phillip Romeo and Lehigh’s Matt Stamford) were relieved after the first inning, and the game turned into a bullpen outing with a total of 15 pitchers between the two teams.

“Midweek is a great opportunity for our boys to gain experience,” said head coach Sean Leary. “There have been some really positive things that we can come back and work on because of game action. Some guys have had some really big moments, others have the opportunity to teach in practice on Friday. That’s what these games are about so we want to win, but at the same time our pitching and lineup scripts are scripted, which we normally don’t do on a weekend. “

FDU scored first in the first inning when Mike Veit scored a pass. The Mountain Hawk linked the game with a sacrificial fly for Joe Yupp in the third inning and took the lead 2-1 in the fourth on a Carlson Walk.

The Knights took the lead, scoring three runs to take a 4-2 lead in the fifth inning.

At the bottom of the frame, Junior Gerard Sweeney hit his third home run of the season over the right field fence to bring the Mountain Hawks 4-3 in one run.

With a one-off lead, the Knights scored two goals in the seventh game to double the lead to 6-3.

After Casey Rother found a mistake in the seventh inning and hit Eric Cichocki, Joe Gorma’s victim flight brought Sweeney into midfield as the Mountain Hawks narrowed the gap to one, trailing 6-5.

Carlos Torres and Sam Wurth held the fort in the last two stanzas as the offensive resulted in a ninth inning of the clutch, with four two-man singles getting away with the 7-6 win.

“It was exciting for Tyler because the end of our lineup worked so hard and got no results. Getting some results today and in clutch moments is the biggest takeaway of the day for us.”

Three Mountain Hawks (Sweeney, Young and Andrew Nole) scored two hits when Young went 2-3 2-3 with two walks and an RBI. Carlson went 1: 4 with a walk and two RBIs. Casey Rother went 1: 5 with a RBI and made a mistake to extend his basic streak to 25 games in a row.

Senior Righty Sam Wurth finished the last 0.2 at the top of the ninth inning to claim his second win of the 2021 season.

The Mountain Hawks are continuing the Patriot League this weekend with a three-game series against Navy, starting with a double header Saturday lunchtime at Walker Field for Senior Day, followed by a single game in Annapolis on Sunday afternoon at 2 p.m.

All three matchups over the coming weekend will be broadcast live on ESPN +.