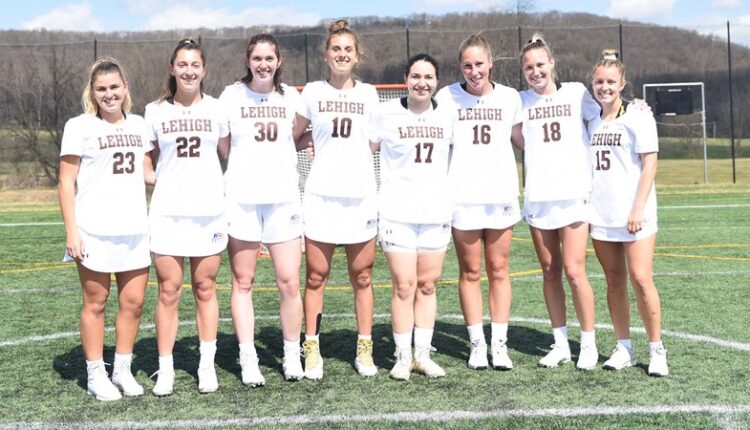 BETHLEHEM, PA. – The Lehigh women’s lacrosse team celebrated its seniors in an impressive way on Wednesday. It took the lead 14-3 at 9:48 in the first half and scored a 21-6 win over American. Doctoral student Sondra Dickey led the offensive with five goals and seven points, while senior Cecily Redfern scored five points (three goals, two assists). Junior Nora Giordano scored career highs in goals (3) and assists (4) in Lehigh’s second game with 20 goals of the season.

The Mountain Hawks’ 21 goals are their highest since 2009, when they also scored 21 against Americans. After scoring eight goals in the first meeting with the Eagles, Katia Carnevale added four more on Wednesday. Classmate Gabby Schneider had two goals and an assist while senior Hannah Cermack recorded one goal and three assists. Freshman Olivia Memeger released her first multi-point game in her career with one goal and one assist.

“Call American to make the trip here,” said Lehigh’s head coach Jill Redfern. “Every game anyone could play this season has been a win (amid the pandemic). Both teams are proud to get out of here today and represent the Patriot League.”

The goal came early and often in less than 10 minutes, with a Carnevale goal giving the Mountain Hawks a 7-3 lead. Lehigh added seven more goals before the first half was over. The last six goals of half were scored by six different Mountain Hawks to take them 14-3 at half time.

So the first half ended behind this beautiful goal from Olivia Memeger.

American scored the first two goals of the second half, but the Mountain Hawks finished the game 7-1 with six different goalscorers. Giordano scored two goals in this stretch, including the final goal of the game 5:46 for the 21-6 final.

The final shots were 34:18 in Lehigh’s favor, while the Mountain Hawks were 14:11 at Groundballs and 17:13 at Draw Controls. Four different Lehigh goalkeepers saw action, with Senior Samantha Sagi making three saves, Junior Kerry McHugh two and Senior Claudia Hanover one.

“I’m so happy to have the opportunity today to celebrate our eight seniors,” said Jill Redfern. “They held out and achieved at a very high level under exceptional circumstances. We would also like to recognize our 2020 senior class, as they, too, have set the course for our success.”

The Mountain Hawks are now awaiting their opponent for the Patriot League quarter-finals, recently reinstated by the league. Lehigh will host the Bucknell at Navy game winner in the quarterfinals on Monday, May 3rd at a time to be determined on Friday.