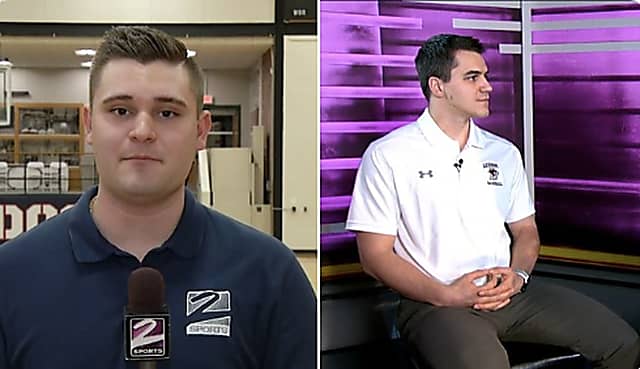 The 23-year-old driver had blood alcohol levels almost twice the legal limit in an accident in March that killed three people, including himself.

Nicholas White was driving a Dodge Charger at a speed “too fast for conditions” southbound on Lanark Road when he got off the road and crashed at around 8:35 p.m. on March 6, Upper Saucon police said.

The passenger-side tires went to the right side of the road and into the grass, but White over-corrected and steered the vehicle to the left, police said.

The vehicle came to rest and went up in flames.

White was pronounced dead at the scene, along with co-driver Sean Hanczaryk and co-driver Emily Kattner.

Brandon DiChiaccio, who sat on the passenger side, was freed and taken to a local hospital, police said.

White worked for a local television station who remembered him as a hard worker and a pleasure to be around.

We are so sad about the death of our colleague Nick White, one of three victims of a tragic accident on Saturday. Nick is a hard worker and a pleasure to be here. He will be part of our SEN team forever. Our hearts go out to his family and the family @DSU_Baseball @ DSUBulldogs.❤️ pic.twitter.com/QSsgJBFMRo

Improving Processes in Everything She Does