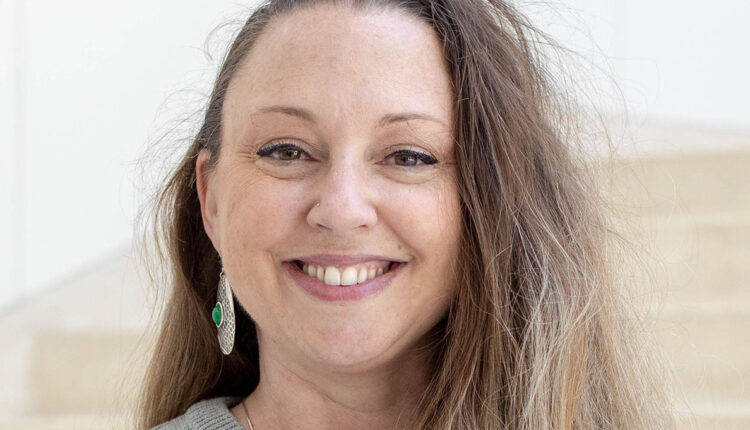 As part of its ongoing commitment to strengthening support for first generation students in all Washington State University campuses, the Student Affairs Department has created a new position to encourage greater collaboration, innovation and better service.

Angie Klimko, who was director of TRIO Student Support Services on the Pullman campus for four years, has been appointed director of First at WSU.

Gonzales said Klimko is not tied to any office or department and will focus solely on building capacity in the WSU system and supporting efforts at all WSU locations to support the success of first generation students.

“Working with Vice Chancellors at all of our locations, Angie will expand our current system and efforts on campus to enhance the student experience for first-generation Cougs,” said Gonzales. “This is the first step in aligning the system resources to ensure a student-ready culture at all locations. This goal is anchored in the strategic plan of the WSU system.”

A natural next step

WSU has a long and successful history of mentoring first generation students, particularly under its numerous federally funded TRIO programs. The first WSU TRIO program, the Ronald E. McNair Fellowship Program, was established on the Pullman campus in 1999. Since then, WSU has expanded its program offering system-wide to include Upward Bound, GEAR UP, migrant program for college support, and student support services. First scholars and others.

In recognition of WSU’s long-standing commitment to looking after first-generation students, the 2019 Department of Student Affairs led efforts to transform WSU from the Center for the Success of First-Generation Students, an initiative of the administrators for student affairs, into a forward institution the first generation to appoint Higher Education (NASPA) and The Suder Foundation. Gonzales said establishing a system-wide first at WSU position was a natural next step.

“I see this as a great opportunity for the whole system to promote first generation initiatives, highlight all of our work, and tell the story of our first generation students on a larger scale,” said Klimko. “I’m very excited about the possibilities.”

Pick up first generation students on every campus

After nearly three years of efforts to create such a position, the student affairs leaders at all WSU locations welcomed the news. With just over half of WSU Vancouver’s first-generation students, Climate Chancellor for Student Affairs and Enrollment Domanic Thomas said Klimko could help strengthen first-generation identity as students are proud and celebrated by the university can be.

“It will put us in a better position to hear from these students, find out their needs and respond to them,” said Thomas. “We can develop plans that are tailored to these needs without affecting other programs.”

“That just doesn’t apply to many students, especially first-generation students,” said Mohr. “It will be of great help when someone thinks about how we can better connect with these students, suggest appropriate programs, and help us implement them.”

The WSU Global Campus also has nuances with its first generation students, many of whom are also senior students. The average age of students on the Global Campus is 30 years. Debbie O’Donnell, Vice Chancellor for Student Affairs on Global Campus, said many of them work, are parents, carers and are active in their communities. You may not see your primary role as a student in a very full life.

In working with Klimko, she sees herself demystifying education and making it easier for first-generation students to reconcile a fulfilled life.

Each panelist described similar issues, ranging from confusion about college admission and the financial assistance process to the stress of educating their parents about how college works and feeling like they don’t belong.

“I was asked by a school counselor not to worry about attending the SAT or ACT because I couldn’t apply to schools that need them,” said Mikala Meize, representative of the College of Communications in the Graduate and Professional Student Association. “This is one of the biggest things that has fueled my fire over the years and now I’m seven months away from my PhD.”

As enrolled college students, Alexandra Donnici, assistant director of legislative affairs at Washington State University’s Associated Students, and Chilton spoke of being intimidated by their professors and not taking advantage of their office hours.

“In my eyes the faculties were great academic overlords who just passed grades,” said Donnici. Chilton added, “The faculty office hours were a mystery to me. Should I only go there when I have problems? Do you expect me to go there? I was afraid to ask. “

All three panelists encourage first generation students to ask questions, no matter how small they may seem, get involved on campus to meet people, and take advantage of the many resources that are available to them. They said faculty and staff should make an effort to relate and be approachable for students, anticipating and addressing questions first generation students may have and addressing them before they are asked, and be patient when dealing with students work, which Donnici often sees at WSU.

“The WSU staff are relentlessly patient, friendly, and ready to speak to my family and me,” she said. “I really appreciated it.”

Students across the WSU system can join a new honor society that recognizes academic achievements in first-generation students, inspires scholarships, encourages leadership, and provides support networks across the country.

The Office of Access and Opportunity and the First Generation Forward Working Group on Student Affairs worked together to bring Alpha Alpha Alpha, also known as Tri-Alpha, to WSU.

Students interested in membership can visit WSU’s Tri-Alpha website to learn more about the admission criteria and benefits of membership, and to submit their applications. Applications for the opening cohort are due by December 12, 2020.

WSU junior Jennifer Espin, a first generation student with a focus on civil engineering, helps Loera and Klimko to set up the honorary society at WSU.

“I’m very excited to have a tri-alpha chapter here,” she said. “It is very important to have the opportunity to interact with other students who understand your struggles and share the same passion. As Tri-Alpha is a national organization, I am looking forward to possibly being looked after by people outside the WSU. “

Special memberships are available to faculties, employees and alumni. There is a one-time membership fee of $ 20 that is valid for life. Loera said her office plans to hold an induction ceremony in early 2021.

There are 55 tri-alpha chapters nationwide, with WSU and Seattle University being the only two in Washington. Tri-Alpha was founded in 2018 at Moravian College in Bethlehem, Penn. The WSU chapter was approved in summer 2020 and will be chartered in November.

Some first-generation students from across the WSU system share their experiences with students in a short video produced by Sarah Page in the Student Affairs Department.