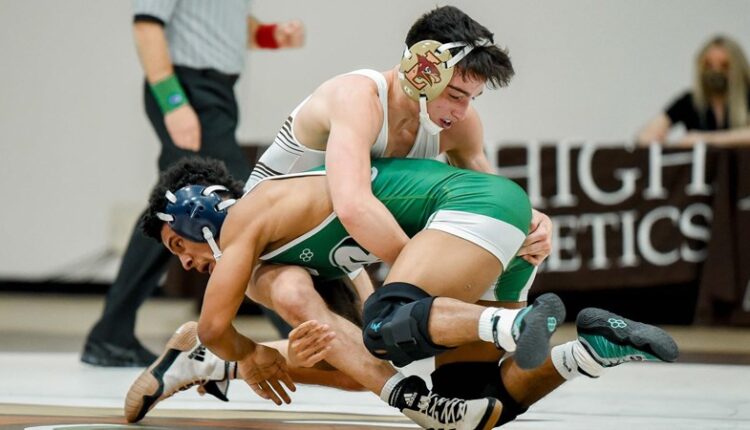 BETHLEHEM, PA. – After a 2-0 home game last weekend, Lehigh opened February with three home games over two days at the Leeman-Turner Arena in Grace Hall. On Saturday, the Mountain Hawks will greet EIWA rivals Army West Point and North Carolina No. 14 before greeting riders on Sunday. Lehigh opened his home schedule last weekend with wins against Binghamton and LIU to return to 25th place in the NWCA Top 25. The Mountain Hawks were able to make up a 16-9 deficit with two consecutive bonus wins to be routed to Binghamton 19:16 last Saturday, then LIU 46-0 on Sunday for Lehigh’s first shutout win since 2016.

Lehigh was finally able to compete on his home mats and the Mountain Hawks responded to several challenges to claim wins over Binghamton and LIU last weekend. The Mountain Hawks lineup for both duals consisted of seven first or second year wrestlers and one eighth third year wrestler making his double debut. The fifth year seniors, Jake Jakobsen and Jordan Wood, together scored 4-0 with four bonus wins against the bear cats and sharks. After 16: 9, Jakobsen made an important decision and Wood made a third fall to lift Lehigh past Binghamton 19:16. The duo recorded two consecutive falls in 1:07 and 31 seconds, respectively, as part of a four-pin seven bonus win in Lehigh’s 46-0 win over LIU, the Mountain Hawks’ first shutout since the 54-0 hideaway Bloomsburg on February 14, 2016.

Lehigh got a boost with the return of heavyweight Jordan Wood to the lineup last weekend. Wood went 2-0 with two falls, the first of which earned the Mountain Hawks victory over Binghamton. Wood returned to the national rankings in 5th place and has the chance to become Lehigh’s fifth four-time EIWA Champion this year. Wood went 17-5 last season and was a second team NWCA All-American. The two-time All-American has a career record of 66-17. Wood originally planned an Olympic red shirt and spent his fall semester in freestyle. He was able to qualify for the Olympic red shirt by winning a Cadet World silver medal in 2014.

The Mountain Hawks have relied on many members of their true and deferred freshman class during the double season so far. Five real or deferred newbies wrestled in Lehigh’s season-opening dual in Pitt and four more in the Navy. There were seven newcomers in the line-up in both duals last weekend. JT Davis is the only Lehigh newbie wrestling in all four duals. Malyke Hines and Thayne Lawrence have each appeared in three. Almost half of Lehigh’s roster is made up of wrestlers in their first season, a group of 12 real newbies and seven deferred newbies. Jake Logan finished eighth in last year’s Southern Scuffle with 174. Lehigh’s true freshman class combined eight state championships and one national prep title in her high school career.
After the senior Jordan Wood had won his first two games of the season in the fall, he climbed into four of the five national rankings listed below. Wood is ranked sixth by Amateur Wrestling News and fifth by InterMat, The Open Mat, and Track Wrestling. Six Mountain Hawks are ranked in the top 33 by Trackwrestling and five by The Open Mat. Three Mountain Hawks appear in the FloWrestling and AWN rankings. Only two Lehigh wrestlers are rated by InterMat, Senior Brandon Paetzell in 133rd place, but has yet to compete this season. Paetzell, Senior Jake Jakobsen, Junior Jaret Lane and newcomer Malyke Hines are rated by three of the five branches. Hines is rated 133 by The Open Mat and 141 by AWN and Trackwrestling. Junior Jimmy Hoffman appears in two polls, while newbie Jake Logan is rated 174 by Trackwrestling.

Army West Point is 2-1 in the doubles season. The Black Knights bounced back from a 23-10 loss to Binghamton on January 23 by beating Bucknell 26-8 on January 31. The army also won a victory over Hofstra and wrestled against LIU.

Two black knights appear in the InterMat ranking: Markus Hartman (No. 17 at 157) and JT Brown (No. 15 at 197). Lane Peters, Corey Shie, and PJ Ogunsanya all appear in other polls, as does heavyweight Ben Sullivan. The army finished third at the EIWA championships last year. Hartman, JT Brown and Sullivan all return to NCAA qualifying. Kevin Ward is in his seventh season as the Army head coach.

Army is Lehigh’s fifth number one opponent, only Penn State, Navy, Cornell, and Syracuse. Saturday’s dual is the 69th in the series, with Lehigh leading the way at 56-9-3. Lehigh is 19-1-1 in his last 21 duals with Army, with the Black Knights’ only win at West Point in 2008. Lehigh and Army meet for the fifth consecutive year after a break in the series from 2010-2017.

North Carolina is 2-2 in the season and will visit Pitt Friday night before it comes to Lehigh. The Tar Heels win against Gardner-Webb and Duke, but lose to the top 10 ACC opponents NC State and Virginia last weekend.

Ranked # 14 on the NWCA poll, the tar heels feature five wrestlers ranked in the top 20 by InterMat, led by junior Austin O’Connor who ranks # 1 at 149. Kennedy Monday ranks ninth with 165. Jaime Hernandez and Zach Sherman are in 11th place with 133 and 141 respectively. Clay Lautt ranks 19th with 184, but could swap positions with Devin Kane. Coleman Scott is in his seventh season as the head coach of North Carolina.

Lehigh and North Carolina face the Mountain Hawks 5-3 for the ninth time. Five of the first eight meetings were neutral locations, with North Carolina visiting Bethlehem for the first time since 2002.

The driver is returning to the Mats for the first time since Jan. 24 when the Broncs visit Lehigh on Sunday. The Broncs dropped their season opener 27-20 against Binghamton, but rebounded with wins against Clarion and most recently against George Mason and took a 2-1 lead this season. The driver ranks 25th in this week’s InterMat Tournament Power Index.

Two Broncs appear in the latest InterMat rankings, led by two-time NCAA qualifier and defending MAC champion Jesse Dellavecchia, who ranks fourth at 157. Ethan Laird went from 197 to 285 where he is in 14th place. Rider finished fourth in the MAC last season and qualified four wrestlers for the NCAA championships. John Hangey, a longtime assistant coach at his alma mater, is in his fourth season as the driver’s head coach.

Lehigh and Rider meet for the 22nd time in a series dating back to 1992. The Mountain Hawks lead the series 15-6 and have won five of the last six meetings. Lehigh and Rider haven’t met since December 2015.

The action begins Saturday with Lehigh versus Army West Point at 2 p.m., followed by North Carolina at 5 p.m. The Lehigh Rider Dual on Sunday starts at 1 p.m. All three duals are broadcast locally on the Service Electric Network and streamed for free on Lehighsports. com / watch.

Audio broadcast of the North Carolina and Rider Duals will also be available on Fox Sports Radio 1230 and 1320 AM and 94.7 FM in Allentown and LVFoxSports.com. The reporting starts 15 minutes before the start of the game.

Lehigh will conclude the dual season next weekend with two more EIWA duals. The Mountain Hawks will host the American on Saturday, February 13th at 4pm and then welcome Bucknell on February 14th at 2pm at the Leeman-Turner Arena in Grace Hall. The 117th EIWA Championship was recently announced as a one-day event on February 26th at a neutral location: the Spooky Nook Sports Complex in Manheim, Pennsylvania.