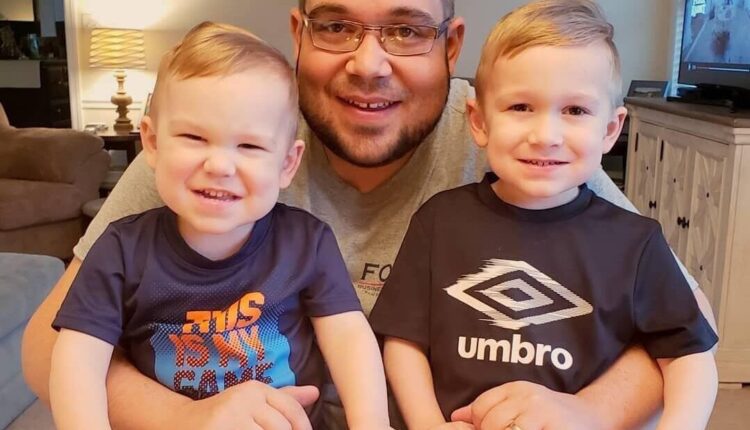 SMOCK, Pa. — Steve Kassimer was the type of person who would strike up a conversation with the stranger in line behind him and have a new friend by the time they got to the front of the line.

After the 35-year-old husband and father of two died in an accident in 2020, his family and friends banded together across several states to create a foundation that embodied his uncommon character.

“It’s a reason for us all to remember who he was and to see how many people he impacted and why he impacted them in that way. It was always to do a world of good for other people. He just wanted people to be happy around him,” said his sister, Katie Hendershot.

The World of Good Foundation is named for Kassimer’s go-to karaoke song, “What a Wonderful World” by Louis Armstrong, and the atmosphere he created.

Hendershot, who is also a foundation board member, said she and her siblings were raised to put others first. Her brother, who lived in Smock, would pick up the bill for someone behind him in line every time he went out for coffee. If he saw someone digging in a purse for cash, he pulled out his wallet. He brought joy to others, made them laugh and genuinely cared about their stories, she said.

“He always wanted to talk to people. He was good about keeping in touch with people from all aspects of his life. He always took a minute to talk to them, remembered their stories and their lives and just always made people feel important,” she said.

One facet of the organization is Random Acts of Kindness. Participants are asked to do a small, kind deed for a stranger and leave behind a token with information about the organization. The board members hope to eventually see stories from all over the country popping up on social media to carry on his legacy. 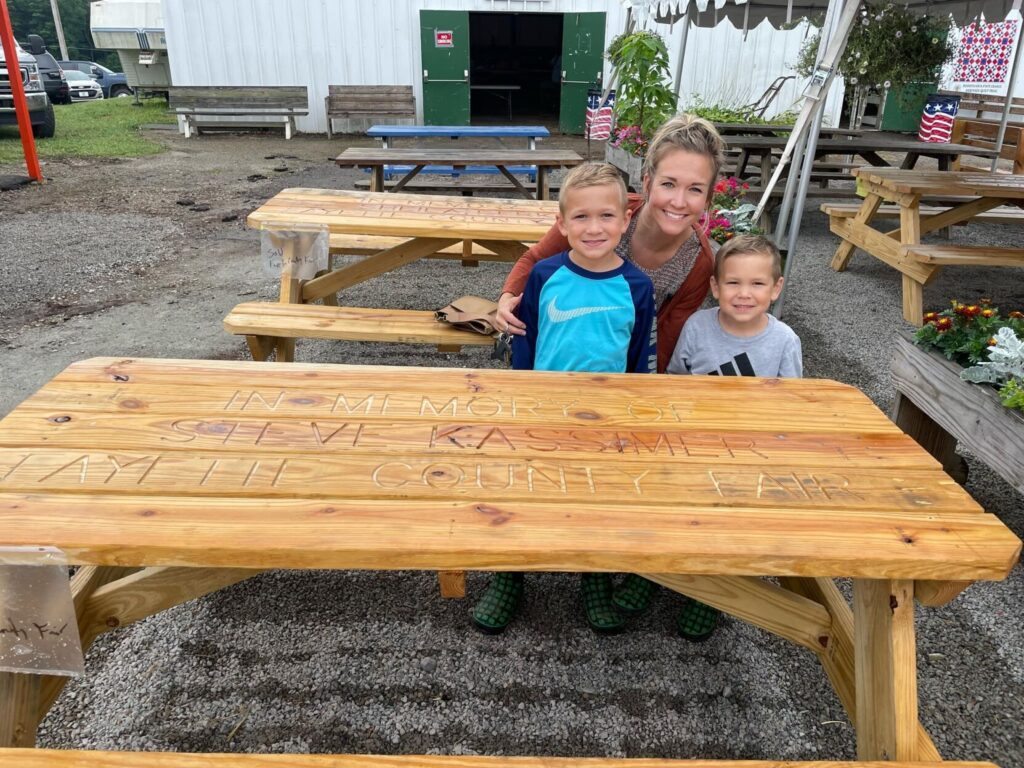 Steve Kassimer’s sons, Cohen (left) and Wyatt (right) sit with their mom Kristi Kassimer Harper at a picnic table at the Fayette County Fair. The boys lost their father in 2020, but continue to mirror his sense of kindness through the World of Good Foundation (Photo via the Herald-Standard).

Amanda Glisan, another one of Kassimer’s sisters who sits on the board, said her brother never passed someone by who was asking for money.

“My brother never hesitated. It would be an instant, ‘Here, let me give you this. Do you need a ride somewhere too?’”

“Knowing people are out there doing those kind deeds makes me feel like there’s a little piece of my brother still out there somewhere,” she added.

Board Vice President P.J. Mullen and Kassimer were fast friends who met in their mid-20s working at a radio station. They went out for a drink the day they met, and by the next day they decided to be roommates.

“I never had a friend that was like him,” Mullen said.

Kassimer helped others so often that he was offered a job in maintenance in his building. He frequently shoveled driveways, picked up bar tabs and befriended strangers. Another one of Kassimer’s friends was an older man he met in passing, and they began to meet up regularly at Dairy Queen.

“There were so many moments you look at him and say, ‘Man, I hope I am as good of a dad or husband or friend,’” he said.

World of Good also hosts an annual fundraiser golf tournament, spearheaded by Board President Chris Craig to raise college funds for Kassimer’s sons. Cohen was 6 and Wyatt was 3 when their dad died.

Craig’s idea for the golf tournament came from his own experience. His dad died when he was young, and a fundraiser golf tournament helped send him to college, where he met Kassimer.

“It’s weird how things work out, right?” he said.

The golf tournament now serves as a reunion between Kassimer’s friends, who live in multiple states.

“That kind of shows how far reaching his influence was,” he said.

Kristi Kassimer Harper said her sons can now see that influence when hundreds of people show up to honor his legacy, and learn more about him through their stories.

“Especially for me, it’s really important and a way for him to continue to live on through our boys and for them to see, through others, how kind and caring their dad was,” she said.

The second golf tournament went toward a college fund for Maddox Tungate, whose mom, Amy Tungate, died from cancer in 2021.

“[Cohen and Wyatt] had the opportunity to pay it forward themselves, so that was a big moment, I think, for everybody,” Kassimer Harper said.

Another arm of the foundation is Kaz’s Kitchen, started by Kassimer’s mom, Zelma Kassimer.

“My brother loved food, and he loved trying new recipes, so with Kaz’s Kitchen they make food for people who are widows or are down on their luck. Those are things we just continue to do in his memory,” Hendershot said.

Kassimer Harper said her sons remember their dad by his kindness and joyful spirit. They keep a bag of tokens in the car. When 8-year-old Cohen sees a person who needs help, he remembers how his dad would step up and wants to do the same. Wyatt, now 6, associates his dad with “What a Wonderful World.”

“Any time he hears that song, even being 3 years old then, he remembers his dad,” she said.

Freedom and democracy in America 2022. What it means. Why we guard it | Charles D. Allen