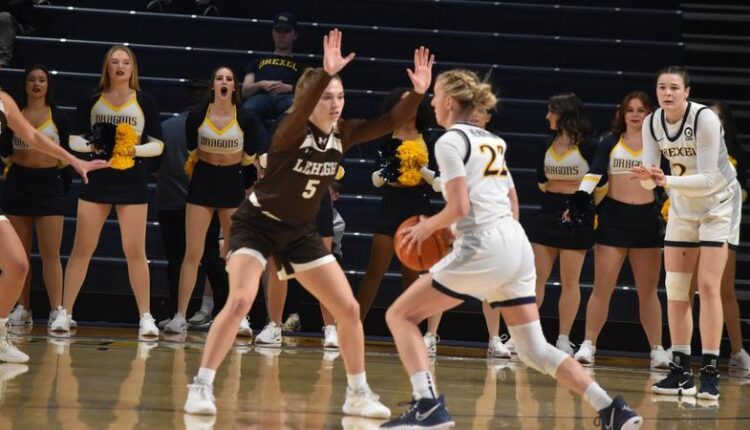 Drexel improved to 3-1, while the Mountain Hawks fell to 2-3.

Drexel’s Maura Hendrixson opened the scoring 21 seconds into the game, and the Dragons would never lose control of the lead for the final 39 minutes.

“It shows us that we have to be ready right from the start and be ready to defend first and foremost,” said head coach Addie Micir. “I don’t think our focus was necessarily there right from the start, but we were able to bounce back in the second half – just too little too late.”

Drexel’s Keishana Washington led the way tonight with 33 points. Before tonight’s game, the fifth-year was second in the nation in scoring. Kylie Lavelle scored 20 of her own tonight.

“Keishana is a bucket,” Micir said.”They got her really good looks early, and I think we made her earn some in the second half, which was the most important thing, but she’s good, right. Lavelle is good too.” They’re all really good players, and we have to make sure that not only are we prepared in terms of what we do, but we’re ready to play right from the tip.”

Mackenzie Kramer recorded a team-high 20 points for the Mountain Hawks. First-year Lily Fandre had herself a game, finishing with a career-high 13 points.

“We came out harder, and we defended harder,” Micir said. “We contested more shots. That was their quarter that they shot the lowest percentage, and I would like to think that had to do with us just being there.”

An Anna Harvey three-pointer cut Drexel’s lead to 15 in the third quarter, which was the closest Lehigh would get in the second half, but Drexel went on a 7-0 run.

The Mountain Hawks return to action this weekend as they host the Christmas City Classic presented by SureStay PLUS Hotel by Best Western Lehigh Valley Hotel and Conference Center. Lehigh will first take on Southern Illinois, Saturday at 12 pm and will either play Kent State or Quinnipiac on Sunday at 12 pm or 2:30 pm

Tickets to the Christmas City Classic can be purchased at LehighTickets.com or at Stabler Arena prior to tip off.