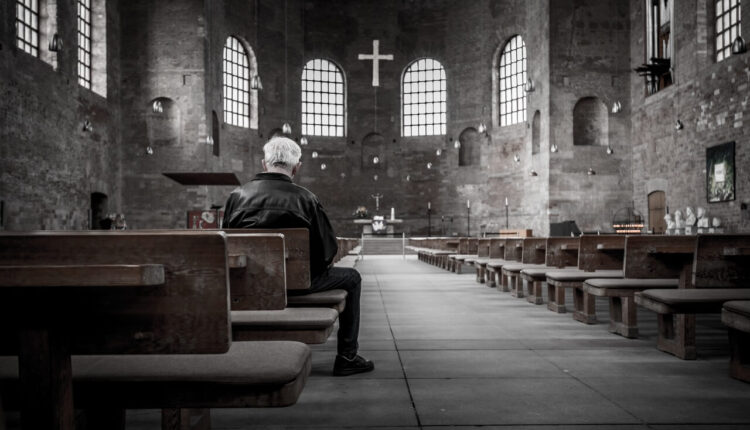 With debate over communion: Yet another reason for the Catholic church to lose members | Dick Polman 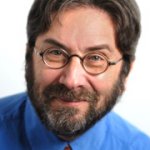 But before we delve into the latest church farce – the budding effort by conservative Catholic bishops to deny giving holy communion to the devoutly Catholic president of the United States – please indulge my brief walk down memory lane.

Forty years ago, when I was a young metro columnist at the Hartford Courant, the church fathers in Connecticut’s capital city decided to make a killing in the real estate market. They owned valuable downtown property that housed four retail businesses, and in their lust to sell it for big bucks, they threw all the tenants onto the street at the peak of the Christmas shopping season. Perfect grist for a column. I wrote that their actions betrayed many passages in the New Testament, such as: “He who has the goods of this world and sees his brother in need and closes his heart, how does the love of God abide in him?”

My home phone was listed in the white pages, and callers peppered me for hours. But they were angry at the church, not at me. Most of them, to my great surprise, were Catholics who’d left the church because they’d concluded, for a variety of reasons, that it failed to practice what it preached.

This was 1981, remember – eons before the church’s global pedophile coverup, eons before the U.S. Conference of Catholic Bishops sucked up to amoral Donald Trump (rushing to congratulate his 2016 win even before the results were certified).

So it’s no surprise, according to Gallup, that the church in America lost nearly 20 percent of its parishioners between 2010 and 2020.

Catholic Church sex abuse: The difference a Pennsylvania grand jury made in lives of survivors | Opinion

Hypocrisy is clearly a turnoff, yet the church keeps finding new ways to alienate. The latest, of course, is last week’s decision by the bishops conference (voting 168-55) to draft a formal statement decreeing that Joe Biden – a devout Catholic and faithful Mass attendee – should be denied Holy Communion because he, as president, believes that the choice to end a pregnancy should be made by the woman and not the state.

This is so nuts that the Vatican has warned against it. A top official in Rome voiced concern that the bishops’ move would become “a source of discord rather than unity ” – a wise observation, given the fact that 67 percent of U.S. Catholics say that Biden should be allowed to receive communion despite his policy views on abortion. And Pope Francis says the church should be a “home for all,” without litmus tests on social issues.

So the bishops’ hypocrisy reeks to high heaven. The church opposes the death penalty on principle, but has never sought to deny communion to Catholic politicians who support it.

In fact, last autumn in Washington, the National Catholic Prayer Breakfast gave a special award to a Catholic named William Barr – the award’s inscription read: “In Honor and Gratitude for Fidelity to the Church” – despite the fact that federal prisons under Barr’s control were executing prisoners for the first time since 2003.

Catholic church catechism #2267 says that “the death penalty is inadmissible because it is an attack on the inviolability and dignity of the person, and (the church) works with determination for its abolition worldwide,” but somehow the Catholic leaders at the prayer breakfast hailed Barr’s “fidelity.” Probably because the prayer breakfast founder, Leonard Leo, is a right-wing dark money fundraiser who’s on record saying stuff like this: “We are all in the debt of Donald Trump.”

How anyone can square fealty to church doctrine with fealty to Trump is beyond my understanding. But how a church that covered up a pedophile epidemic can then presume to pass moral judgement on Joe Biden…well, that just takes the cake.

It’s well known by now that the church’s longstanding impulse was to merely transfer abusive priests to new jobs, and to my best recollection, the bishops conference has never drafted a decree denying Holy Communion to men of the cloth who assaulted kids. (A new editorial in Christianity Today: “Bishops for years kept themselves busy moving pedophile priests from parish to parish, diocese to diocese – all the while, presumably, allowing these priests who raped little boys and girls to receive communion.”)

As I said other day on social media, the church all too often seems to believe that life begins at conception but continues at molestation.

But here’s the bottom line: If the church wants to play partisan politics – by making abortion rights a litmus test – then it should pay taxes like everybody else. We sure could use the revenue, to help the downtrodden that the church purports to care about.

As St. Paul warned in the Bible, “If I have all faith, so as to move mountains, yet do not have charity, I am nothing.”

Dick Polman, a veteran national political columnist based in Philadelphia and a Writer in Residence at the University of Pennsylvania, writes at DickPolman.net. Email him at [email protected]