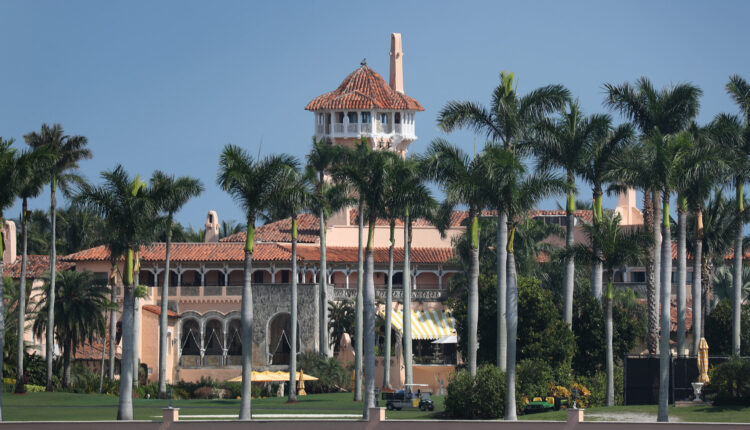 Well, the politically good news for Democrats is that no criminal prosecution is likely in any of these areas. There is no indication that the Justice Department is preparing a treason case against Trump, the evidence of election interference in Georgia is ambiguous—he was complaining about “illegal” voting, after all—financial cases are notoriously difficult to bring and the classified documents charge is actually legally dubious.

Donald Trump is not going to jail, which improves the chances that Democrats will retain majority control of Congress and the presidency.

To see the problem with a criminal case based on possession of classified documents, it is helpful to remember why the FBI recommended that former Secretary of State Hillary Clinton not be prosecuted for accessing classified materials on her personal, non-secured, email account.

On July 5, 2016, then-FBI Director James Comey shook up the presidential campaign by his announcement that the FBI had discovered on Clinton’s email server “110 emails in 52 email chains” that contained classified information. Eight of those chains “contained information that was Top Secret at the time they were sent.”

Comey described these results as “potential violations of the statutes regarding the handling of classified information.”

Nevertheless, Comey recommended to the Justice Department that no criminal charges be brought.

The reason Comey gave was that regardless of what federal law technically provided, all previous prosecutions for mishandling or removing classified information “involved some combination of: clearly intentional and willful mishandling of classified information; or vast quantities of materials exposed in such a way as to support an inference of intentional misconduct; or indications of disloyalty to the United States; or efforts to obstruct justice.”

Comey concluded, “We do not see those things here.”

Taking these points one at a time and applying them to Trump’s actions should lead to the same conclusion of no prosecution.

In terms of intent, it appears that Trump attempted to, and probably believed that he had, declassified some or all of the material he retained. Presidents often do this, informally communicating secret information in order to reassure allies or deter enemies. Trump’s failure to follow accepted procedures is not unprecedented. His bungled attempt to declassify suggests he had no wrongful intent.

Even more important, in Trump’s case there is only minimal indication of any “exposure” of secrets. Unlike an unprotected email account that could be hacked by anyone, the documents Trump retained were mostly physically locked up. While wrongful access by others undoubtedly occurred, it was easily monitored.

Clearly, a Trump attorney was inaccurate in telling the Justice Department that all classified documents had been returned to the government after earlier requests.

But it is not easy to make a case of obstruction of justice out of that. The government knew that a great deal of material remained in Trump’s possession and also knew of Trump’s belief that classified material had been declassified. The Trump team may well have believed that their account was truthful or may have simply been mistaken.

Can the U.S. slide into authoritarianism? Yes. But we can avoid it if we try | Opinion

But if no criminal charges are likely to be filed, why was a search warrant sought and a search conducted? An affidavit in support of a search warrant must allege “probable cause” that evidence of a crime will be found.

As was true in the case of Clinton, there is a potential crime when classified material is possessed by an individual in circumstances in which that possession is unauthorized by law. So, the warrant was certainly properly sought by the government and granted by a federal judge.

However, the use of a search warrant does not mean that the Justice Department had decided to prosecute. It only means that prosecution would be possible if classified material were found.

In Trump’s case, there is every indication that the government concluded after months of fruitless negotiations, that Trump would not voluntarily return everything that should be turned over. The search was the most expeditious way of determining what Trump retained and of gaining possession of what the government believed should not be in private hands. The search was a practical expedient.

That is not a bad faith search. No final decision about prosecution could be made until after the search revealed the facts.

Everyone knows that prosecuting a former president would set a risky precedent in terms of democracy. If you want to see the potential harm, just look at the crisis in Pakistan. The reason we don’t prosecute losing candidates is that it turns politics into war in which any action is justified in order to avoid going to prison.

This doesn’t mean such a prosecution could never be justified. Trump really did try to overturn a lawful election. Maybe that prosecution would be worth it if the matter could be proven beyond a reasonable doubt.

Trump may have engaged in financial wrongs. Maybe prosecution for such non-political crimes could also be warranted if the conduct could be linked to him personally.

But this is not true of a potential prosecution for mishandling secret government material. Here, the precedents do not support criminal charges. Going after Trump for retaining documents would rightly be labeled a political prosecution. It would harm Democrats. But it would also wound the nation.

The Justice Department has probably already concluded the same.

The new labor movement might save America. This is why | Opinion