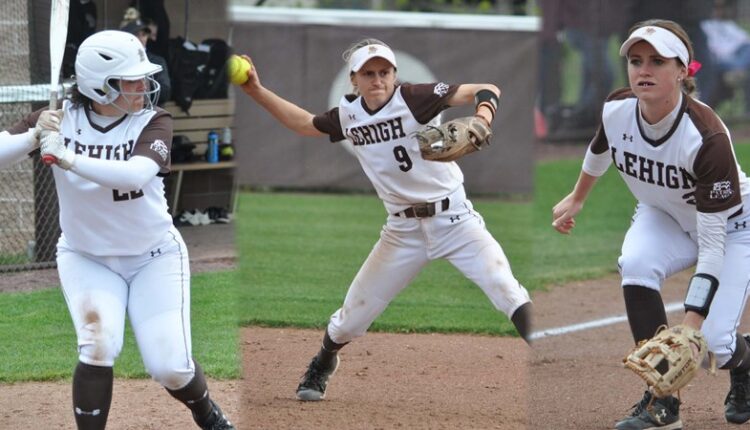 BETHLEHEM, Pennsylvania – Lehigh head coach Fran Troyan has announced the Mountain Hawks team award winners for the 2021 season, a campaign in which the Mountain Hawks made the championship round of the Patriot League tournament for the fourth consecutive year.

Junior Jaelynn Chesson received the Outstanding Athlete Award, which is given to the player who makes the most outstanding athletic contribution to the team’s performance. Chesson was a First Team All-Patriot League and Second Team NFCA All-Region Award winner. She started all 34 games in right field, hitting .389 and leading the Patriot League in doubles (16), home runs (eight) and RBIs (50). The 50 runs are the second highest single season in school history. Chesson finished the year in fourth nationally place in both doubles per game and runs per game.

Carley Barjaktarovich received the Scholar-Athlete Award, which is given to the student athlete who best embodies the ideal of the academic athlete. The junior shortstop was Patriot League Scholar-Athlete of the Year for softball and has a cumulative grade point average of 3.84 as a marketing major. On the field, Barjaktarovich received the awards of the first team of the NFCA All-Region, was the second team of the All-Patriot League and won the defensive player of the year award of the league. Barjaktarovich led the league with a .471 batting average, 57 hits and 19 stolen bases.

Senior Third Baseman Payton Alsobrooks received the Coaches Award, which is given to the person who has made a significant contribution to the well-being of the team in terms of recruitment, improvement or special leadership. As team captain along with Barjaktarovich and Junior Karsen O’Rourke, Alsobrooks was Lehighs most experienced player and led the Mountain Hawks both on and off the field. As a four year contributor to the Braun-Whites, Alsobrooks hit .239 as a senior with 10 RBIs and had 84 hits and 40 RBIs for her career.

“What an incredible trio of winners for our program,” said Troyan. “Payton had to be one of the best leaders ever, Carley combines high-profile softball and high-profile academics at the highest level, and Jaelynn literally came into play more often with runners in goal position.”

The Mountain Hawks overcame a 2-6 non-league start with 14-8 in the Patriot League game and finished second in the league standings. Lehigh won nine of his last 10 regular season games, finishing the year 18-16 overall. The Mountain Hawks lose just two seniors, Alsobrooks and Allyson Dibsie, from a team that made the Patriot League tournament title round for the fourth consecutive year.