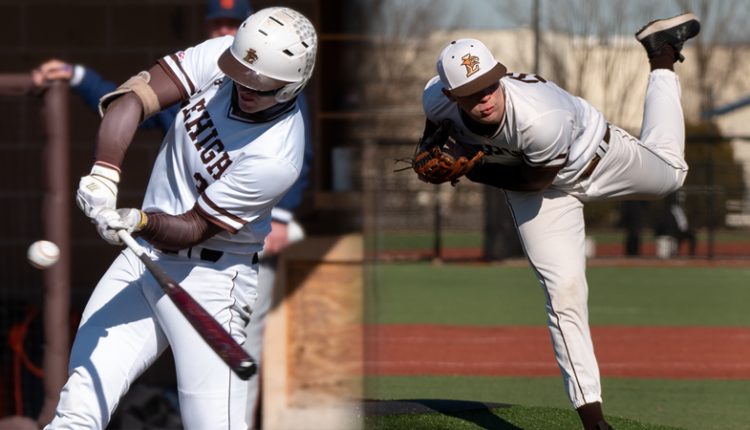 BETHLEHEM, PA. – The Lehigh baseball team is now being given weekly weekly awards as the Mountain Hawks have received their third consecutive Patriot League Player of the Week award, this time from Gerard Sweeney, the third junior baseman. Junior left-hander Matt Stamford was named pitcher of the week by the league, it was announced on Tuesday afternoon.

Sweeney and Stamford are the fourth and fifth weekly Mountain Hawks winners since the season began two weeks ago. This is the first award for both student-athletes in their careers to date.

This is the first time in program history that the Mountain Hawks have received the Player of the Week award for three consecutive weeks.

Sweeney hit .400 (4-for-10) with four runs scored and two RBIs while hitting .700 and hitting the base on a .647 clip to help Lehigh win two of Bucknell’s three games. He walked five times and was hit by two pitches during the series. In the seventh inning of the Mountain Hawks’ 4-3 victory in the first game of the double headed game on Saturday, he drove in the winning run with a single in the middle. His twelfth inning lead-off triple started the rally and scored the game-winning run on the road with a 17:10 win.

Stamford took their first win of the season after throwing 5.2 perfect innings of relief in the Mountain Hawks’ 12-inning 17-10 win over Bucknell on Sunday. He knocked out seven batters across 62 fields to help his team achieve their fourth win of the season and their second win in the Patriot League. Both his innings and strikes were career highlights.

In general, pitching was a weekend strength for the Mountain Hawks as they beat 41 batters through the three competitions while going only eight.