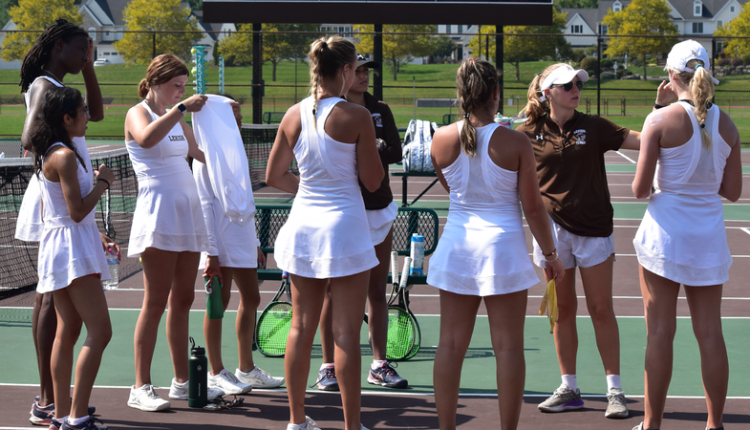 The Mountain Hawks will kick off the month of February with five home matches, the first taking place on Feb. 4 against Marist. Lehigh will return to the Lewis Tennis Center on Feb. 5 to host Mount St. Mary’s.

The following weekend, Lehigh will return to action to host Drexel on Feb 11 and Howard on Feb 12. The Mountain Hawks will wrap up the month of February with a home match against Siena on Feb 25.

Lehigh will kick off league play during the first week of March, traveling to Worcester, Mass. to take on Holy Cross on March 4. The following week, the Mountain Hawks will head down south for spring break to compete against Eastern Illinois (March 13) and Quinnipiac (March 15) in Orlando, Fla.

Lehigh will wrap up the season with six matches during the month of April. On Apr. 2, the Mountain Hawks will travel to Easton, Pa. to take on rival Lafayette. Lehigh will return to Bethlehem to host Bucknell on Apr. 8 before hitting the road for its final two road matches of the season. On Apr. 15, Lehigh will travel to Morgan State to take on the Bears before traveling to Annapolis, Md. to battle Boston University on Apr. 16.

The Mountain Hawks will return to Bethlehem for their final two matches of the regular season. Lehigh will host Army West Point in its final league match on Apr. 22 and will end the regular season with a match against Binghamton on Apr. 23.

Lehigh will wrap up the season with the Patriot League Championship, hosted by Army from Apr. 27-30.