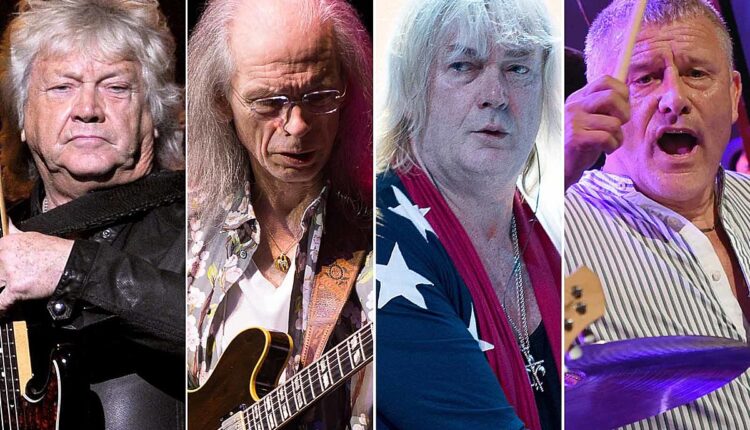 Yes’ Royal Affair Tour with Asia, John Lodge and Carl Palmer’s ELP Legacy as the opener that kicked off last night at the Sands Bethlehem Event Center in Bethlehem, Penn.

You can check out the set lists and fan shot photos from the concert below.

Headliners Yes opened with “No Opportunity Necessary, No Experience Needed,” the Richie Havens song that kicked off their second LP, Time and a Word from the 1970s. It set the tone for a 12-song show that focused on lesser-known songs from their catalog such as “Going for the One”, “Onward”, their cover of Simon & Garfunkel’s “America” ​​and Relayer’s sideline “The Gates of Delirium” for the first time since 2001.

Guitarist Steve Howe alluded to his GTR past with the instrumental “Sketches in the Sun”; The encore included a cover of John Lennon’s “Imagine”, the original of which included Yes drummer Alan White and “Roundabout”.

Asia’s 10-song set was heavily influenced by their self-titled debut from 1982. Four of his 10 songs were performed last night, including hits “Only Time Will Tell” and “Heat of the Moment,” which ended their night. They also recognized Greg Lake’s brief tenure with the group with a cover of Emerson, Lake, and Palmer’s “Lucky Man”; Geoff Downes’ success as a member of the Buggles was mentioned in the form of “Video Killed the Radio Star”. Howe sat with the band for several songs.

Lodge played six songs he wrote in Moody Blues, including “I’m Just a Singer (in a Rock and Roll Band)” and “Ride My See-Saw”. He also played Saved by the Music, which was found on Blue Jays in 1975, an album Lodge made with singer Justin Hayward.

The Royal Affair tour continues Friday at the Amphitheater at Long Island Community Hospital in Farmingville, NY, and runs through July 28 at the Mountain Winery in Saratoga, California. You can find all data here.

A look inside: Singleton, Hitch & Maida Houses – The Brown and White