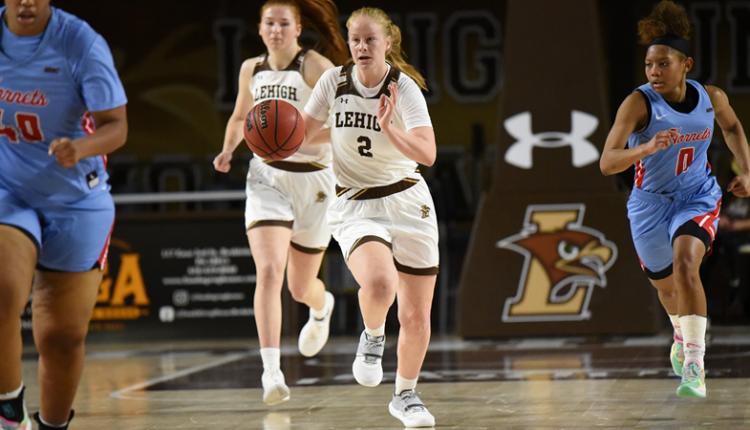 Kramer had another excellent week for the Mountain Hawks, leading their teammates to a 70-57 win over George Washington on the road last Tuesday afternoon. She scored a career-high 31 points in a career-high seven 3-pointers in the win.

She has now scored in double figures in seven straight games and has made 10 total in the first 11 games of the season so far.

In her last two games in which she was named Player of the Week, Kramer averaged 25.5 points with 13 3-pointers and shoots 56.7 percent from field and 59.1 percent from beyond the arc.

Lehigh finished the non-league portion of the schedule with an 8-3 record and is currently on a three-game winning streak. The Mountain Hawks Open Patriot League plays American on Thursday at 2:00 p.m. at Stabler Arena.

The matchup will be streamed live on ESPN+ (subscription required) with Matt Markus on the play-by-play call. Tickets are available at LehighTickets.com or by calling 610-7LU-GAME.