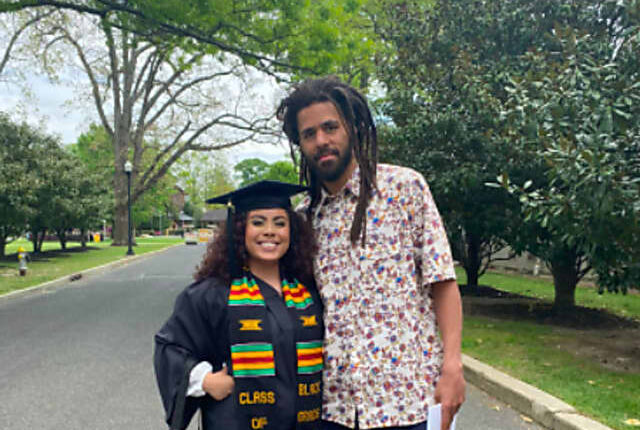 A Rowan University graduate had a very special guest at her commencement ceremony: J. Cole.

The Grammy Award-winning rapper showed up to support 25-year-old Cierra Bosarge, a journalism major from Glassboro.

“It means everything to me,” Bosarge tells Daily Voice. “Having the people that matter to me show up for me meant so much. I definitely feel the love and that’s what I needed.”

The two met nearly a decade ago, after Bosarge called into a radio station saying she wanted to wish the rapper a happy birthday, Complex reports.

J. Cole eventually called Bosarge, and the two met in person. That’s when she gave him a handwritten letter explaining the hardships in her life, such as her parents’ drug addiction, Complex says.

The rapper promised to attend Bosarge’s high school graduation if she got into a four-year university. J. Cole showed up in the crowds for Bosarge when she graduated high school.

Four years later, he did it again.