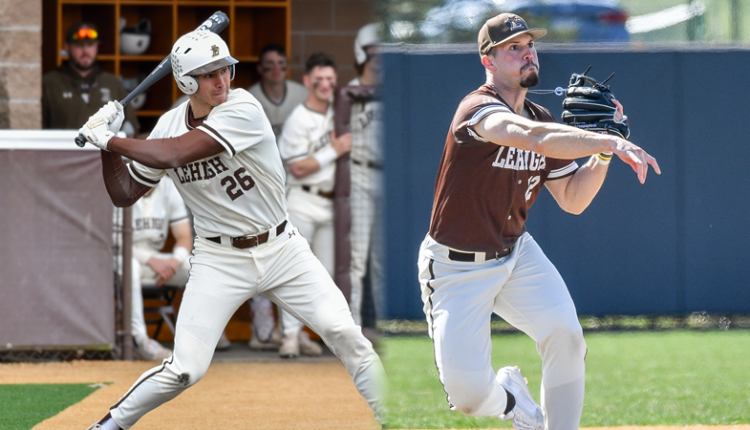 BETHLEHEM, Pa. – A historic feat, Lehigh junior catcher Adam Retzbach is the first Patriot League Scholar-Athlete of the Year in program history, voted on by the league’s sports information directors and announced by the league office Thursday afternoon. In addition, Retzbach joins senior Joe Gorla on the Academic All-Patriot League team, marking the eighth straight season with multiple selections as a team.

Garnering a 3.95 grade point average (GPA) in economics, Retzbach completed one of the more impressive offensive seasons, earning First Team All-Patriot League honors. He hit a Patriot League-best 11 home runs in 2022 with a .295 batting average, 52 hits, 12 doubles, two triples and 45 RBIs. He slugged .574 and reached base at a .400 clip with 25 walks and nine hit-by-pitches. Behind the plate, Retzbach threw out a league-best 16 batters and spent time at both first base and left field in addition to his catching duties. This marks Retzbach’s second Academic All-Patriot League honor after earning the nod in 2021.

Gorla has a cumulative 3.52 GPA in Finance and once again earned a spot on the All-Patriot League Second Team for the second straight year. Gorla hit .313 in 24 games, tallying 30 hits with six doubles, two home runs and 14 RBIs. In league play, he hit .329 with 28 hits and six doubles, driving in 10 runs. After spending his first couple games over at his natural position of third base, Gorla made the switch over to first base and has been excellent all season defensively.

Lehigh opens the Patriot League Semifinals on Saturday with a best-of-three series at second-seeded Bucknell in Lewisburg. Saturday will feature a doubleheader starting at noon and a single game (if necessary) on Sunday at 1 pm All three games will be streamed live on ESPN+ (subscription required).