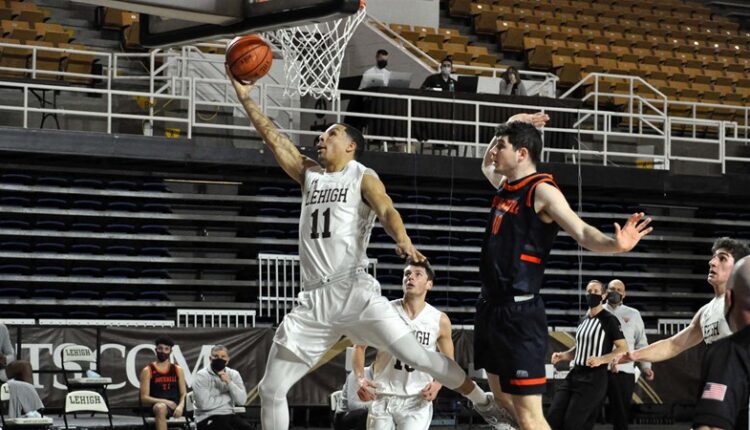 BETHLEHEM, PA. – After a season in the All-Patriot League, Marques Wilson, Senior Lehigh Men’s Basketball, received another formidable award on Tuesday that earned NABC second team recognition from the All District team. Wilson averaged 15.3 points per game that season, good for the Mountain Hawks’ front runners and 10th in the Patriot League. He will become Lehigh’s first NABC All District Awardee since Tim Kempton in 2016-17 and only the sixth NABC All District Awardee for the Mountain Hawks in program history.

Wilson reached double-digit points ten times in 15 games, having done so 20 times in his first 73 competitions in the first three seasons. As a senior he exceeded 20 points four times. His season started on an impressive note, hitting a career high of 28 points in the opener against Lafayette, including a long 3-pointer in overtime. That evening, the shot ran SportsCenter as Scott Van Pelt’s best he saw today.

Wilson also scored 26 points at Bucknell, 20 at Holy Cross, and 22 at Lafayette. He averaged a career high of 2.8 assists per game (seventh in the Patriot League) and 1.6 steals per competition (third in the league). Wilson shot 44.1 percent off the field averaging 4.1 rebounds per competition.

Marques Wilson (@_M_W_II) was named the third All-Patriot League winner today after a season of high points like this one. Congratulations, Marques ??? pic.twitter.com/owvznw58Pj