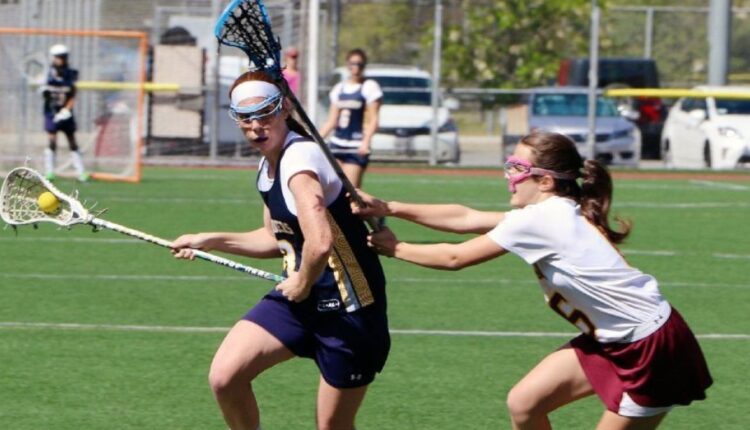 For the second time in the school’s history, the tiny St. Monica Academy has a Division I athlete.

Molly Hagan, a graduate of the 90-student school, made additional history by joining the Notre Dame women’s lacrosse team as the first freshman in eight years.

Hagan was one of three athletes who tried to keep running and the only one accepted by the program.

“Molly’s achievements and accolades have made her one of SMA’s top athletes,” said Darren Bradley, who coached Hagan on the girls’ volleyball team, in a press release. “But when it comes to agility, strength and versatility, it is unsurpassed. She is the best female athlete at SMA. “

Hagan was an outstanding representative of the St. Monica Academy’s new lacrosse team last year. She also received international league and All-CIF honors in volleyball and basketball. Hagan was ranked 10th among the top 10 girls’ athletes in the Glendale News-Press.

Hagan is now the St. Monica Academy’s fourth NCAA athlete and the second to play for a Division I school.

Glendales Lopez is back in action

Budding prospect and action fighter Adam Lopez of Glendale will return to the ring on September 19th.

Lopez (8-0, three KOs) will face Stephen Fulton (11-0, five KOs) at the Sands Bethlehem Event Center in Bethlehem, Penn. and will be televised on Fox Sports 1. It’s the sixth straight fight for Lopez against an undefeated opponent, despite one being against a debut opponent.

In Lopez’s previous fight, he won a majority decision over Paul Romero in a fight that also aired on FS1.

The Crescenta Valley Soccer Club is opening registrations for its fall programs for young athletes born between 2006 and 2009.

The first step in the club process is the FC Bayern Pre ID program, which is open to children from 2008 and 2009. The program runs from October 6th to December 1st and on Fridays from 5.15pm to 6.45pm. The cost is $ 145 and the training takes place at Crescenta Valley High.

The next step in the process is for the more experienced player and is known as the Elite Training Center. The program also runs on Fridays from October 6th to December 1st, but from 6.45pm to 8.15pm. The cost is $ 175 and the training takes place in the Crescenta Valley.

If you have any questions, please contact Kurtis Millan at [email protected] More information is available at www.cvsoccerclub.com.

Lawyer labors in the Allentown Catholic Diocese for LGBT community