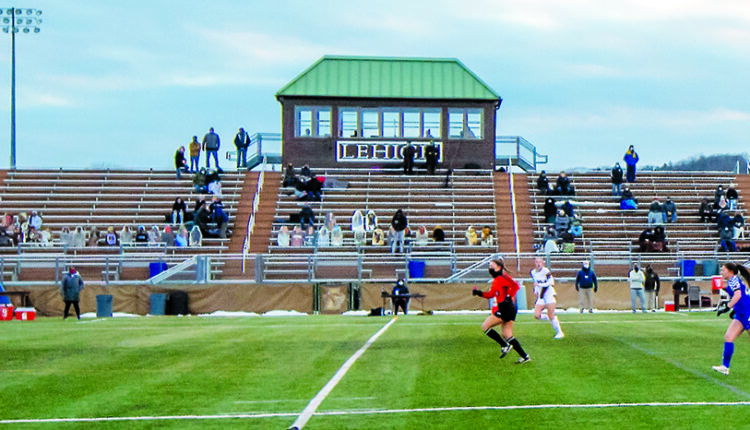 Q&A: Athletes reflect on fans back in stands

When the Lehigh sports teams started welcoming fans back after a year-long hiatus, The Brown and White spoke to Miranda Royds, 21, Matt Marker, 22 and Annie McCarthy, 23 about the unique experience without playing Spectators and to discuss the excitement of welcoming fans back to Lehigh Games.

Q: What was your first thought when you heard that your games would have a limited following as opposed to no viewers?

Miranda Royds, goalkeeper, women’s football: When I heard that we could have fans in person, as opposed to no viewers, I got pumped. It’s great that Lehigh has made it possible for our families to support us in a safe environment.

Matt marker, attacker, men’s lacrosse: When I heard that there would be a limited fan base at our home games, I looked forward to my parents seeing a game in person. No spectators were allowed in our first game and the parents were a little disappointed that they couldn’t come to watch their children compete.

Annie McCarthy, attacker, women’s lacrosse: Our team was so excited when we heard that only limited fans were allowed in. Many of us hadn’t seen our parents since leaving home, so it was really something we were looking forward to.

Question: “Do you think fans at home games help the team gain momentum?”

MR: I think absolutely! I think that having spectators and fans cheering you on is such a critical aspect of the sport. I think there is additional motivation to have fans to be able to play on a bigger stage.

MM: I definitely think that fans at home games help the team to gain momentum. When the tide of a game changes and we’re making a big game, fans only raise the stakes and make the moment seem bigger. The atmosphere around the game is also what we’re usually used to. It gives us a sense of normality that we compete in front of fans as we are used to.

AT THE: I think it helped our team a lot. We didn’t have fans in the first two home games, but we did in our third and you could feel the difference in the energy of our team. We came out very strong and I think it helped us get that win.

Q: Are there big game differences between fanless and fanless games?

MR: I think at the end of the day the game is all about which team shows up and wants more. So I wouldn’t say an extremely noticeable difference, but since we could have our fans at home, I think we certainly had a home advantage.

MM: Obviously, when we played without fans it wasn’t ideal, but it did bring our team closer together to a certain extent. When we looked around and saw empty booths and just each other, we connected to each other to rely on each other rather than the energy of the crowd. It was definitely a little different to have a completely empty stadium, but it was a unique challenge for all of us.

AT THE: When you grow up with sports you get so used to the fans as part of the atmosphere. It was hard to focus on the game when it was such a different environment with no spectators.

Q: Did your parents come and watch you play? If so, how has that experience been since they haven’t seen you in over a year?

MR: My parents could come out and watch. It was so great and I’m so grateful that you came out, especially as a senior. It’s great to have her there for our final season and to support our team and cheer us on.

MM: Yes, my parents got to see me play this year. It’s great for her to see me playing games after a full year without any games. They also enjoy seeing the other parents with whom they are close. It’s definitely a win-win for players who have their parents in the stands and for parents who can see their kids play in person.

AT THE: Yes, they could come to all of our home games. Since it’s been so long since we’ve played, they were just as excited to be back and watch the team as we were supposed to play. Being able to say hello to the family quickly after the game is something everyone looks forward to.

Catching up with women’s tennis alumni-Brown and White