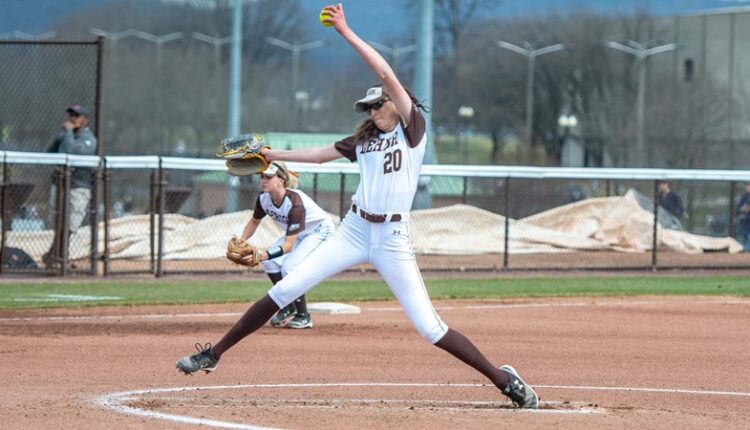 WORCESTER, Mass. – After strong pitching performances from junior Gabriella Nori and newcomer Katelyn Young, Lehigh equalized his Patriot League record 4-4 with a double-header sweep of Holy Cross Friday in the freshman field. Nori and Young parted ways with two goals when Lehigh won the opener 6-0, while Nori covered the distance himself in a nightcap, a 3-1 win for the Mountain Hawks.

Junior Jaelynn Chesson provided the offensive in game two with her fourth home game of the season and added an RBI in game one as the Mountain Hawks improved to 6-10 in 2021. Freshman Brooke Cannon went 4-7 in the double header on Friday and is now 9 against 13 in their last three games. Junior Carley Barjaktarovich went 6: 8 on Friday with three runs and increased her season average to 0.500 (28: 56).

In the first game, Nori withdrew all 12 batters she faced in four innings and beat seven. She knocked out the side in both the second and third innings. With Lehigh’s 4-0 lead, Young came into play and threw the last three frames. Young knocked out the side on her first inning of work. The only hits for Holy Cross were back-to-back singles by Jessica Mott and Kari Jacobson with an Out in the Sixth. Young went one and ended with five strikes when she was credited with a parade.

Offensively, Lehigh broke through with three runs in the third inning. Senior Payton Alsobrooks and Barjaktarovich performed with consecutive singles. After choosing an outfield player and a wild pitch, Emily grounded Cimino Barjaktarovich with a ground out before Chesson brought Josie Charles home in the sophomore year. Holy cross errors on balls hit by Lehigh’s next two clubs allowed Chesson to score Lehigh’s third run of the frame.

The Mountain Hawks added a run in the fifth when Junior Karsen O’Rourke pulled a base-laden run, and two more in the sixth when Barjaktarovich scored a pass and struck Cannon Charles with an RBI single.

Lehigh’s only goal in game two came in the third inning. Alsobrooks and Barjaktarovich reached singles and with two outs Chesson drilled a triple home run over the left field fence, their fourth home run of the season.

Nori successfully navigated the Crusader lineup in game two to claim her second win of the day. She allowed a six-hit run with two walks and seven spikes. It allowed base runners in each of the first six innings, but only one run on an Erin Bengston solo home run that led from the sixth. Nori dropped Holy Cross (5-9, 2-6 PL) to secure the double-header sweep in the seventh.

The last two games of the series on Saturday have been postponed as Holy Cross takes a campus-wide break in activity due to the increase in positive COVID-19 tests in its community.

The Mountain Hawks will be visiting Colgate for a four-game series April 17-18.