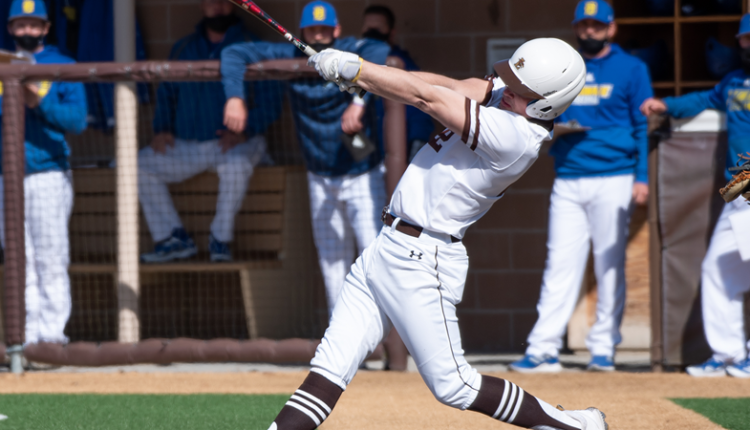 BETHLEHEM, PA. – After a weekend of game-winning goals in both Lehigh wins against Navy, newcomer Andrew Nole was named Patriot League Rookie of the Week, announced by the league office on Tuesday morning.

With this award, the Mountain Hawks have received all three weekly awards in one season for the first time since 2018. Nole is Lehigh’s first rookie of the week since Mason Black won the award on April 22, 2019.

In the first game of the double header in Annapolis on Saturday, Nole went 3-2 with two home runs and three RBIs to lead the Mountain Hawks to a 5-1 win. On Sunday, Nole had the starting line-up for two runs to help Lehigh in a 3-1 win when the team beat the Midshipmen in a regular season for the first time since 2006.

Nole went strong as the Mountain Hawks’ main option with a designated batsman mid-season and broke through mid-mission. In 11 games, he’s currently hitting .304 and beating .696 with a base percentage of .429.

Junior right-handed Mason Black was awarded a 7-inning jewel by the league after his second full game in a row in a 5-1 win over Navy in which he fanned out 10 batters and allowed only one run, the four Hits not earned and two walks.

The Mountain Hawks added a midweek fight against arch rivals Lafayette on Wednesday. Lehigh will host the leopards at 3pm from J. David Walker Field in Legacy Park. The game will be broadcast live on ESPN +.

A Company With Women Executives Is More Open to Change, Study Finds