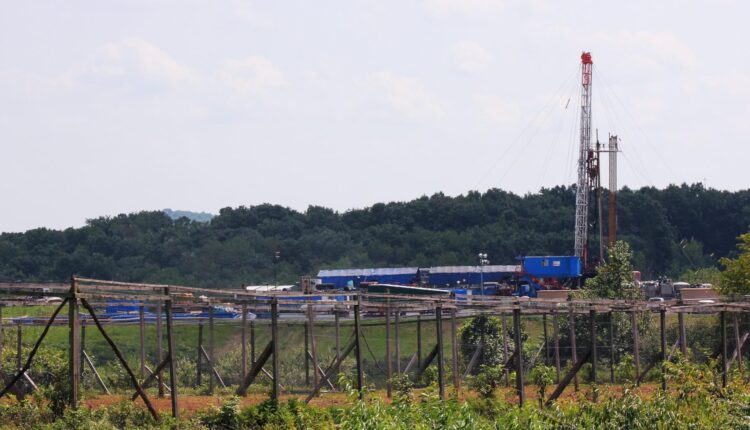 My colleagues and I at Carnegie Mellon University (CMU), along with partners across the country, have been working to answer that question through years of research. As the nation’s third largest greenhouse gas emitter and the second largest natural gas producer, Pennsylvania has a critical role to play in finding those solutions.

Methane is the primary component of natural gas. When it is leaked or intentionally vented to the atmosphere during oil and gas operations it is over 80 times more potent than carbon dioxide over a 20-year time frame. In fact, around 25 percent of the global warming impacts we are experiencing today are attributable to methane buildup in the atmosphere.

According to Environmental Defense Fund (EDF), oil and gas operations emit over one million tons of methane into the Commonwealth’s air every year. Our research at CMU was instrumental to EDF’s findings. Simply put, over a million tons of leaked, vented and flared natural gas is a staggering amount of pollution that exacerbates climate change.

While it may seem counterintuitive, even low-producing wells can emit large amounts of methane, making frequent inspection of these wells a critical part of any solution to our state’s methane problem.

In fact, researchers from the University of Cincinnati found that low-producing wells can leak more natural gas (i.e. methane) than they produce. Here in Pennsylvania, low-producing wells are responsible for just over half of all emissions in the state.

Thankfully, Congress is set to approve a bipartisan resolution to restore methane regulation at the federal level, and President Joe Biden has already made the reduction of methane emissions from new and existing sources across the oil and gas supply chain a high priority.

However, there is a long road ahead in tackling this problem. We need states to step up and pave the way for comprehensive standards to cut methane emissions from high- and low-producing wells. Pennsylvania is well positioned to lead.

It is expected to issue a proposed final rule to cut methane and air pollution by the end of this year. Unfortunately, as currently written, the state’s proposal exempts low-producing wells that account for over half of the oil and gas methane pollution in state.

Regulating low-producing wells can be challenging given the complexity of ownership. Some operators own only a handful of wells with little aggregate production. But many of Pennsylvania’s low-producing wells are owned by larger companies that operate thousands or even tens of thousands of wells that, together, emit large amounts of methane pollution.

Accordingly, it makes no sense to exempt all low-producing wells – including those owned by large companies with ample resources to stop wasteful emissions – especially when the technology to capture methane emissions is affordable and readily available.

Other states have wrestled with the challenge of low producing wells and provide helpful insights. Last year, New Mexico, the nation’s no. 3 oil producer, issued a draft rule that had also exempted low-producing stripper wells.

After some smart and thoughtful work, the state found a simple solution: differentiate larger producers by creating a clear definition for smaller “Mom and Pop” operators. This allowed the state to close loopholes in its proposed rule while providing flexibility to those operators that are truly small businesses.

Closing the loophole in Pennsylvania’s draft methane rule is critical to addressing the climate crisis and securing Gov. Tom Wolf’s legacy as a climate leader. The science is clear, the need to act pressing.

Pennsylvania has long been the home of energy innovation and, once again, we need to harness that esprit de corps toward solutions that will benefit the greater good. Closing the loophole will help ensure that the commonwealth is playing its part – an essential one – on climate action.