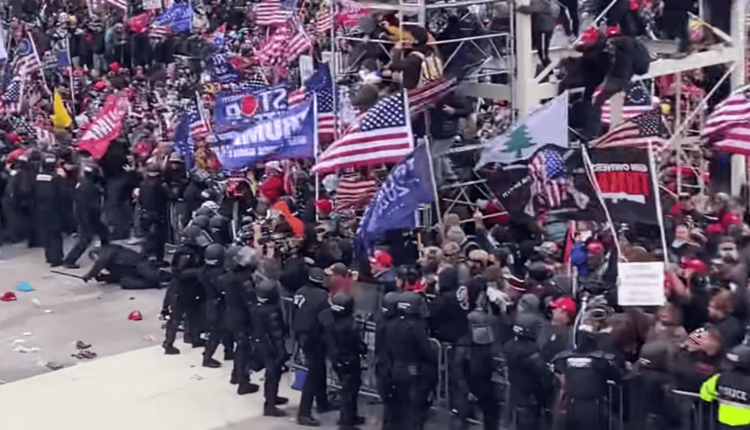 One nation, under outrage. Can the lessons of history show us the path out? | Ray E. Landis

At the same time the United States’ national media made sure every detail of the passing of the British monarch was breathlessly relayed to the people of the country which cast off her family’s rule almost 250 years ago, I embarked on a cross-country road trip.

I have not noticed a high level of interest in the pageantry of the royal succession in the restaurants, gas stations, dog parks, campgrounds, and hotels where we have paused on our trip. But the signs, billboards, and campaign advertisements on local television seem to reflect a defiant attitude among many Americans which dates back to our separation from British Empire.

A timely item I brought along for the journey was a recently published history of the American Revolution entitled “Liberty is Sweet” by Woody Holton, a professor at the University of South Carolina.

Holton’s premise for this title, as well as an earlier work on the United States Constitution, is the revolt against British rule of the American colonies, and the subsequent blueprint for the new nation created by that revolution originated from the general populace, as opposed to the conventional viewpoint that the founding fathers provided the impetus for action.

That general populace was not necessarily interested in the details of how the separation of the colonies from Britain should occur, nor how a federal government should be constructed.

Instead, anger and passion seemed to rule the day – anger against authority which resulted in mobs rioting in various ways leading to the outbreak of the formal war between the colonists and Great Britain, then anger and defiance as the new nation struggled to establish itself, which manifested itself in outbreaks of violence such as Shays Rebellion in Massachusetts and the Whiskey Rebellion in western Pennsylvania.

Holton also notes that prior to the Revolution an evangelical religious revival was taking place in the colonies which helped to inflame the passions of many “ordinary” citizens.

Meanwhile, wealthy residents of the colonies chafed at the restrictions on trade and feared the growing abolitionist movement in Britain along with the accommodations the British made for native Americans who lived west of the Appalachians.

A guiding principle for historians is learning from history is critical lest we be doomed to repeat it. A question for our times is whether we have learned from the history of the founding of our nation, or are we repeating some of the mistakes that occurred more than two centuries ago?

Something we should have learned from that time is the rejection of a monarchial form of government and an affirmation that no individual, no matter their title, is above the law.

Two sets of Americans appear to be failing this lesson – those who have devoted much more of their attention to the death of Queen Elizabeth than to serious issues such as global warming or the Russian invasion of Ukraine, and those who have placed Donald Trump on a pedestal and claim his numerous misdeeds should be exempt from punishment under the law.

Democracy: Use it or lose it

But the most critical reflection may be the role of the general population in deciding how they are to be governed. Revolutions against tyranny often arise from a resentment about rules imposed by leaders with no connections to the people they govern.

Those who lived in the colonies in the mid-18th century were justifiably angry about the impact on their lives of a government that ruled them from across an ocean.

A democratic, representative form of government was designed to ensure people have a voice in establishing the laws they live under. But the American form of democracy is an imperfect system, and it is open to manipulation by those who seek power and wealth.

Those who crafted our Constitution made their share of errors. Their failure to recognize the evil of slavery and their willingness to make compromises to appease those who profited from keeping others in bondage was the most egregious, but others, such as the makeup and power of the U.S. Senate and the lifetime appointment of Supreme Court justices have resulted in limitations on our ability to progress as a society.

The anger expressed across the country today seems to come from two perspectives.

There is anger directed at those who want to impose their version of power and morality by limiting reproductive and voting rights. But another group chafes at assuming any responsibility for the betterment of society and directs their anger at those who have a different accent or skin tone.

Historians will tell you this conflict is nothing new in the two-and-a-half century story of the United States. But how the anger of these groups manifests itself in the next few years will tell us a great deal about how this story continues.