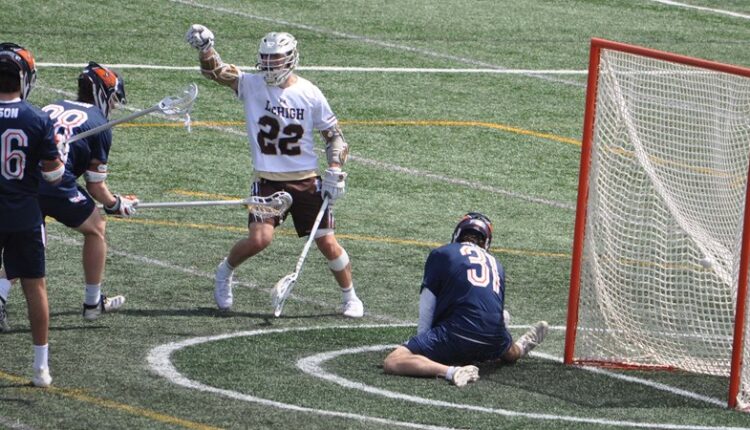 BETHLEHEM, PA. – The # 6 Lehigh men’s lacrosse team finished their Patriot League table in a strong manner on Saturday without beating Bucknell 18:12. The win improves the Mountain Hawks to 9-0 in the season, 8-0 in the Patriot League, as Lehigh ends up unbeaten in the league for the first time since 2013 (and wins a program record of eight league competitions in the process). Sophomore Christian Mule ‘was the greatest story scoring career highs in goals (7) and points (10), just one goal after hitting the program’s single-game mark and two points on the program record.

Lehigh, who has already reached number 1 overall and has the right to host the Patriot League semi-finals and the championship game, is the first men’s lacrosse team to make an unbeaten league 8-0 since Loyola in 2014 Has.

“First and foremost, I’d like to give coach Fedoryaka and the Bison a lot of credit for the effort they put in today,” said Cassese. “For us, I thought we did a good job offensively. You can look at people like Christian Mule ‘and Justin Tiernan who got offended very well and our boys could share the ball. Pull slides, share the ball and at the end with shots in tight.

“I thought Bucknell did some things offensively that put a lot of pressure on us defensively,” continued Cassese. “A lot of credit goes to their offense, but surely our defensive efforts can be better and need better progress. Our Faceoff unit and Mike Sissleberger have made further extraordinary efforts. He was a machine to us. We definitely ride him and we will.” continue to do so. “

Mule ‘was a big spark offensive and had a hand in seven of the Mountain Hawks’ 10 goals in the first half (four goals, three assists in the first 30 minutes). Junior Tommy Schelling added two goals and four assists for the game while second Justin Tiernan scored three goals for his hat trick in his first career. Senior Kevin Gersbeck scored three assists in his career, and classmate Andrew Eichelberger scored two goals.

Early the result was one, then three, but a 3-0 rise by the Mountain Hawks put Lehigh 6-3 ahead at the beginning of the second quarter. Less than two minutes later, Mule ‘impressively scored his third game, shoveling it past Bucknell goalkeeper Daniel Parson from several meters away from the kink.

– Lehigh Lacrosse (@LehighLacrosse) April 24, 2021 The Mountain Hawks took advantage of a 4-1 run bridging the end of the first half and the beginning of the second half to take an 11-7 lead. From that point on, the bison got no closer than four as the Mountain Hawks scored three of the last four goals for the 18-12 final. Mule ‘scored two goals in the final quarter, at 10:19 and 3:17, to end his 10-point performance.

“For Christian we saw this in the last few games and especially at the Lafayette weekend,” said Cassese. “His percentage of shooting has increased. It’s the result of a lot of hard work. He’s been out and about between classes during the week, firing extra shots and working on his game. It’s no secret. The harder you work, the more successful you will be have it. I feel great for Christian that a lot of this hard work is paying off. ”

The first half came to an end when Christian Mule ‘scored his fourth goal.

The final shots were even at 44, while the Mountain Hawks had a 43-27 advantage on groundballs. Senior James Spence made 12 saves, nine of them in the second half. Bucknell’s Parson finished at 13.

Lehigh will end his regular season next Saturday when he travels to Villanova # 18 to face the wildcats. The game time is set to 12 o’clock

“When we were planning this pre-season game, coach Corrado and I figured out the best way to prepare for what we’re going to see in our league tournaments,” said Cassese. “Two very good teams that will get it on the line. There are also a lot of crossovers in recruiting. There will be a lot of people who were high school teammates. We are recruiting from a lot of the same regions and are very similar schools as well Programs. It’s going to be a fun out of league competition and a competition that is going to be very competitive. “

Bethlehem Area Public Library: The Swifts Are Back! By Jennie Gilrain