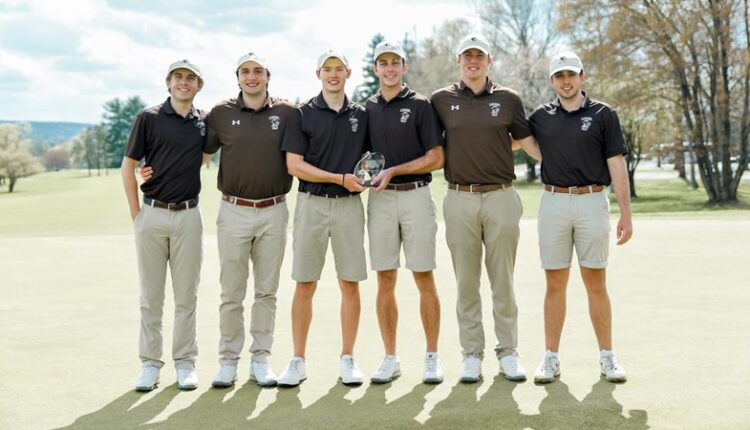 HELLERTOWN, PA. – One day after the course at the Steel Club inflated to 10 under par 278, the Lehigh men’s golf team shot 296 on Monday, which was good enough to give the Mountain Hawks the team title with the ABARTA Coca-. Cola Collegiate Invitational. Lehigh’s final score of 574 (278-296) beat the second driver by eight strokes. Villanova finished third with eleven strokes. The Lafayette tournament consisted of 13 teams, including two participants from the host Leopards.

The team title is the first for the Mountain Hawks since winning the Lehigh Invitational in October 2017 at the Saucon Valley Country Club.

Sophomore Sam Barton was Lehigh’s top finisher and finished fourth with two under par 142 (70-72). Barton carded four birdies in the final round on Monday.

The 18-hole leader, sophomore David Hurly, took eighth place with par 144 (66-78). Hurly screwed his second hole of the day (# 11) but it was his only birdie of the day. Sophomore Joey Dotta was one punch behind Hurly at 145 (70-75). Dotta made four birdies, including three of his last five holes.

The individual medalist was Ambrose Abbracciamento from Villanova with a score of eight under par 136 (70-66). He beat Danny Gianniny of St. Bonaventure with three blows.

The Mountain Hawks compete against Lafayette in Thursday’s annual Presidents’ Cup Games at Hamilton Farms Golf Club in Gladstone, NJ Lehigh. They then play with Bucknell and Colgate on Saturday in Lewisburg, Pennsylvania.