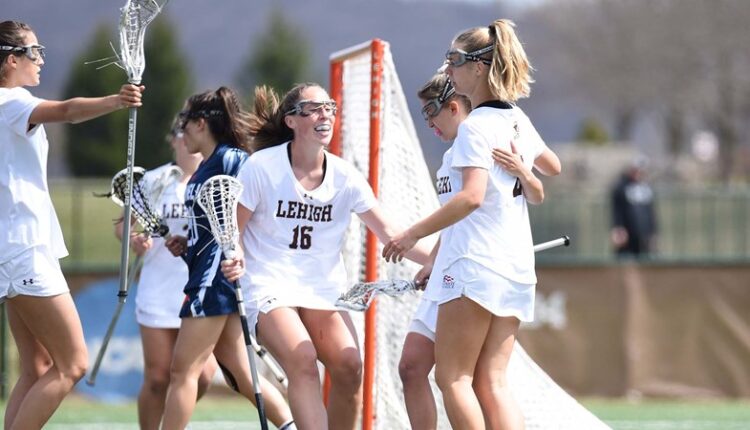 BETHLEHEM, Pennsylvania – The Lehigh women’s lacrosse team jumped 4-0 and 8-1 on their way to Downing to Bucknell, 20-7 Saturday afternoon at the Ulrich Sports Complex. The second Emma Eberhardt led the offensive with nine points to reach a career highlight with six goals and three assists. Senior Cecily Redfern scored five points (three goals, two assists) in her career while also scoring seven draws, three groundballs and a caused turnover. The win marks the Mountain Hawks’ fourth straight win as they improve to 4-2 during the season, including 3-0 in the Patriot League and 2-0 in the South Division.

– Lehigh W Lacrosse (@LehighWLacrosse) March 27, 2021 “Super proud of our team,” said Lehigh’s head coach, Jill Redfern. “They played hard for 60 minutes, that’s a big goal for us. There were a lot of players.”

In addition, newcomer Olivia Memeger and student Julia Skillin each scored their first career goals in the second half.

This is what Olivia Memeger’s first career goal looked like this afternoon! pic.twitter.com/i7dmNXEAyL

– Lehigh W Lacrosse (@LehighWLacrosse) March 28, 2021 “Everyone on our team comes out and works so hard every day,” said Redfern. “Seeing some people who haven’t scored points this season get them is a real driving force. Our entire line-up and our team are super proud of them.”

Eberhardt scored four of Lehigh’s first six goals as the Mountain Hawks went into the fight with an 8-1 lead with just 18:53. Eberhardt added a fifth goal and assist before the first half was over when Lehigh led into half with 10-3.

The Bison had two mini-runs 2-0 in the second half, but the Mountain Hawks responded with four and six goals. After Bucknell drew within 14-7, Lehigh finished the game on a 6-0 run – keeping the bison goalless for the final 19:28 of the game – to complete the 20-7 win.

Final shots were 39-17 in Lehigh’s favor while the Mountain Hawks led in Groundballs (20-15). Bucknell held a 16-13 edge in draw controls. Sagi made five saves for Lehigh against a pair of goalkeepers who combined for the Bison 12.

The Mountain Hawks will be back in action next Saturday when they travel to Loyola No. 13 to face the Greyhounds. On ESPN +, the game time is set to 1:00 p.m.