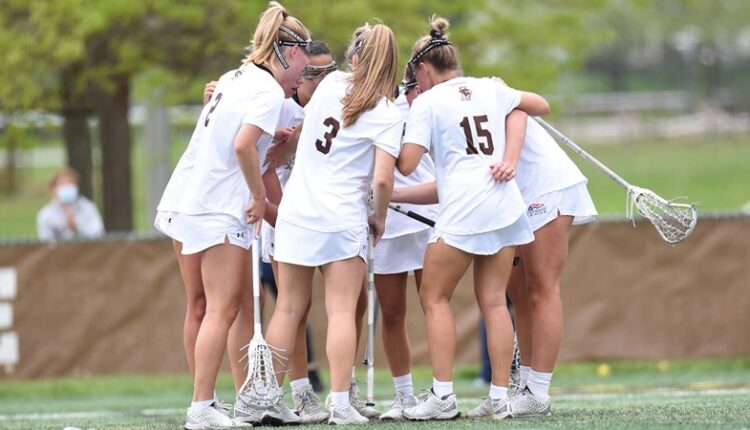 BETHLEHEM, PA. – After one of the program’s most dramatic victories in recent times, the Lehigh women’s lacrosse team is set to kick-start the Patriot League semi-finals against Army West Point on Thursday evening. Loyola’s Ridley Athletic Complex is scheduled to play at 7pm after the first semi-final of the day between Colgate and Loyola at 3pm. The Mountain Hawks reached the semi-finals on Monday after an exciting 13-12 overtime win over Navy.

Junior Nora Giordano was the heroine on Monday, scoring 2:30 in the extra session – after a great pass from sophomore Gabby Schneider – to send the Mountain Hawks home. Lehigh jumped 4-0 and 5-1 in the lead, but the Midshipmen returned with four goals in 1:40 and even moved by five. The Mountain Hawks responded, eventually opening up a three-goal lead at 11-8 and 12-9, but Navy reconnected the score at 12 in overtime. However, Lehigh was adamant and never got stuck when the defense made a major stop to work overtime and set the stage for Giordano’s exploits.

Prior to Monday’s game, PhD student Sondra Dickey was named Patriot League Midfielder of the Year. She then scored five goals and made five turnovers. She has up to 199 career goals and 254 career points, only taking three points to tie and four to overtake former teammate Allison LaBeau for third place in program history. On Monday, her five caused sales broke a tie with another former teammate – Julianne D’Orazio – for the first time in program history for career-related sales (currently 108).

Schneider, who assisted the game winner, ended the game with two goals and four assists. On Monday, Lehigh won the postseason for the first time in overtime since Kellie Gough gave the Mountain Hawks a 16:15 overtime win over Holy Cross in the 2018 Patriot League quarter-finals (also at home). Monday’s win over Navy earned Lehigh two wins over the Midshipmen in one season for the first time in program history (after losing 11 straight that season). It was Lehigh’s fourth straight win and the eighth in the last nine to improve to 8-3. The only loss during this period came at No. 13 Loyola through a slim 15-11 final.

While the Mountain Hawks have played twice since April 28, Army hasn’t played since a home win over Bucknell on April 24. With the new format of the Patriot League tournament, the No. 1 teams in each division have earned a farewell semifinals. In the semifinals, the winner No. 2/3 is in a division ahead of team No. 1 in the north. Lehigh / Army and Colgate / Loyola winners will compete against each other on Saturday at 12:30 p.m. on the CBS Sports Network. Both semi-finals can be seen on ESPN +.

The Army finished first in the Northern Division after a 4-0 division record (and 5-2 in the Patriot League overall). The Black Knights have won five straight wins (at Saint Joseph’s, Lehigh and Navy) after losing three straight at the start of the season. Most recently Army beat Bucknell at home with a 19-8 final. Thursday is the Black Knights’ first game in more than 10 days (April 24th). The Black Knights have three first-team All-League winners in Jackie Brattan, Caroline Raymond and Lauren Bredenburg. Brattan leads the team in goals (26) and points (30), while Cameron Manor is second in points with 26 points (14 goals, 12 assists in team lead). Hannah Slomkowski has seen in goal most of the time, saving 10.23 goals against the average and 38.5 percent.

Lehigh leads the all-time series with Army 5-2. The Mountain Hawks won the first three meetings in 2016 (14-6), 2017 (15-8) and 2018 (15-8). The Black Knights won both games in 2019, including the Patriot League quarter-finals, but Lehigh responded with an impressive 14-7 win that season. The Mountain Hawks took an 8-0 lead at halftime as senior Samantha Sagi stopped the first eleven shots she sent into the competition.

If the Mountain Hawks win on Thursday, they would advance to the Patriot League Championship Game for the second time in program history. Lehigh would face the winner of the first semifinal on Thursday between Colgate and Loyola. The title game on Saturday is scheduled for 12:30 p.m. on the CBS Sports Network.