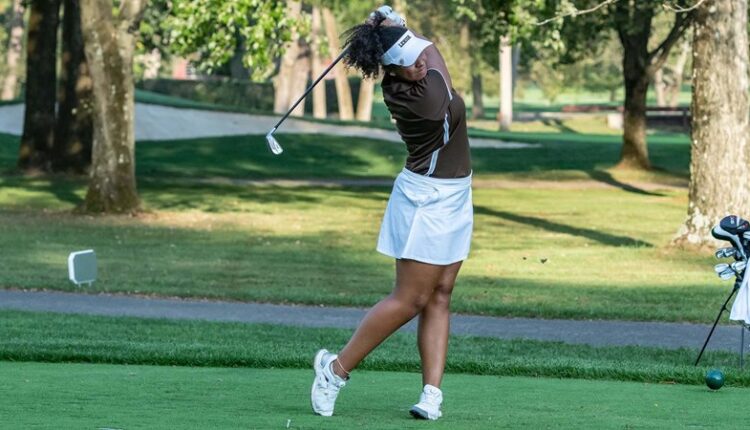 BETHLEHEM, Pennsylvania – The Lehigh women’s golf team recovered from a rough morning and shot on the Grace Course at Saucon Valley Country Club 321 on Saturday afternoon on the first day of the Patriot League Championship. The Mountain Hawks had plenty to do in the final round on Sunday to do as Lehigh ranks fifth out of six teams with a score of 665 (344-321).

The sophomore Hannah Foster is the Low Mountain Hawk after 36 holes, as she is 15th with 163 (83-80). Foster was two in her first six holes in the morning but finished at 83. She made three better shots in the afternoon.

The trio of senior Angela Ding and second graders Iris Shin and Marina Mendez scored all 87 in the opening round. Of these three players, Shin had the best afternoon round with 82 and is 23rd with 169. Shin carded four birdies that day, two in each round. Ding made two birdies on lap one and shot 83 on lap two, and is 26th with 170. Mendez followed her 87 with a 93 and is in 32nd place.

Freshman Sophie Holland carded three birdies in a second round 76, the best round of the day for a Lehigh player, but suffered a disqualification in the first round after signing an incorrect score.

The individual leader is Mara Hirtle of the Navy with eight over par 152 (76-76). She holds a punch in front of a group of six players.

The 10 Best Christmas Cities in the United States