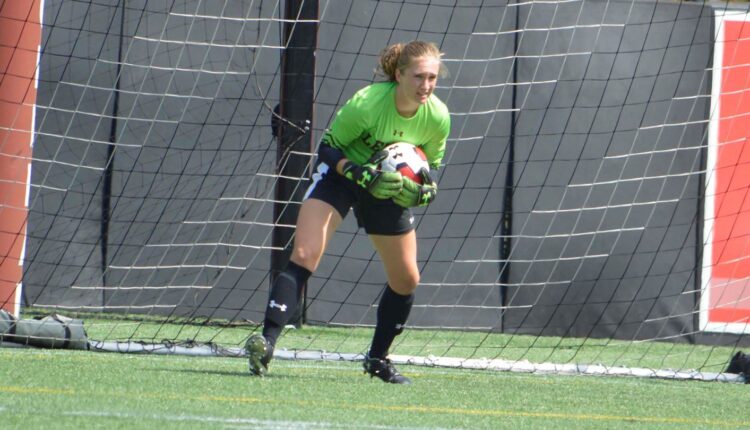 The senior goalkeeper of Lehigh women’s football, Miranda Royds continues to be a pre-eminent figure both on and off the field, offering her lead despite great uncertainty.

Royds was named one of the Patriot League’s top goalkeepers last season and Patriot League goalkeeper of the week three times. She is also a member of the Lehigh athletics team, which mainly competes in medium distance and obstacle races.

While it is in itself admirable to balance her bioengineering curriculum as an athlete with two sports, Royds’ teammates reiterated that her unwavering positivity and team-minded demeanor make her a truly irreplaceable presence in women’s football.

“Miranda’s one-on-one save was a big turning point in the game and it really gave us momentum,” said Friedman. “Her saves in these big moments really reflect her ability to increase the team’s energy.”

Second goalkeeper Celia Eitzel added: “Miranda (Royds) sets a great standard for working hard and moving ourselves forward. As a team player, she is a really good example of who I want to be outside of the field. “

Royds said patience and optimism were important virtues during her college career, and both of them proved particularly critical that year.

“I can still remember what it felt like adapting as a newbie and it reminds me to trust the process,” said Royds. “You have changed so much as a person in these four years that it is really important to only have trust every day and to bring a positive attitude with you.”

While the team faced a postponed season that fall as well as the permanent hiring of Lehigh Sports on September 29 due to a spike in positive COVID-19 cases, Royds continued to make the best of the situation.

“Miranda (Royds) really established herself as a leader this fall, reminding us that despite a canceled season, our training has a purpose,” Friedman said. “She’s always the player who stays in touch with girls she may not train with. She helps build the team chemistry off the field so that we have that togetherness once we all play together again.”

While fall was a time when the team had to train on their own, Royds was someone this team could look up to. Eitzel said Royds put others in front of him in the fall and continued to devote himself to supporting their teammates during an unprecedented season.

Eitzel said Royds was always there, even when the team couldn’t meet in person. It was difficult to have such inconsistent opportunities to play together this year, but Royds always reached out to her teammates and made the most of the situation.

Royds described the team’s goals as tough, purposeful, and hardworking. Your teammates agreed that these are all qualities Royds embodies wholeheartedly, all with the ultimate goal of winning a Patriot League championship.

As Royds prepares for her senior semester in Lehigh, she hopes to return safely to some of her best friends.

“I feel like, on behalf of the team, we’re still hungry to be back out there and competing,” said Royds. “I fell in love with football when I was five, so it would be great to be back with Ulrich before I graduate.”