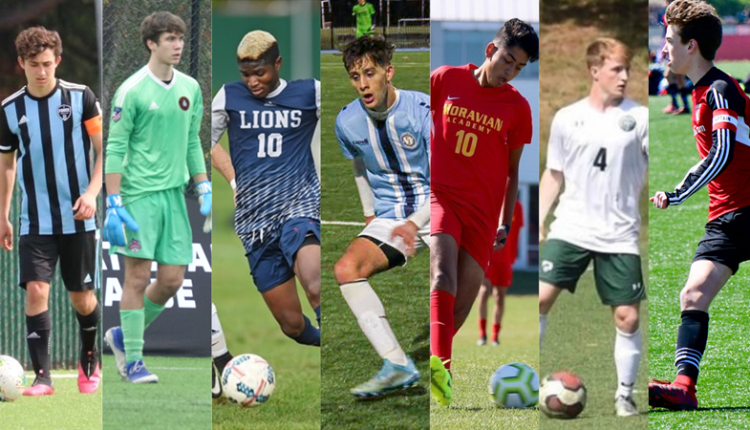 BETHLEHEM, Pennsylvania – Head coach Dean Koski’s 30th season at the helm of the Lehigh men’s soccer program will see the new class for newbies consist of seven new names ahead of the 2021 season.

With seven second graders and now seven newcomers, the number of underclassmen is 14 years before the new season begins.

The class of 2025 has widespread representation in the United States and one more student-athlete from Africa, as the incoming class includes a native from California, Illinois, New Jersey, Pennsylvania, and Accra, Ghana.

“I am honored to introduce and welcome our new class of ’21s to the Lehigh men’s football program and our university,” said Koski. “What sets this class apart is their competitive success, with their high school and club teams winning state, regional, and national championships. Prospects who come from successful programs are usually victorious, and we value competitiveness.

“This course also brings a high level of character and academic achievement that are essential to Lehigh’s success on and off the field. On behalf of my staff, we are delighted to welcome these young men to the Lehigh Soccer family . “

Yoni attended Bellarmine College Prep and joins the program from Northern California. He and his high school team attended the US Development Academy / MLS Next Level. Yoni helped his high school win the Nor Cal championship as a sophomore and senior while leading his development academy team. He moves to Nolan Jetter from one of the top clubs in the country: De Anza Force.

Coach Koski on Yoni: “Yoni is a talented two-way player and will add depth and quality as a full-back. He has experience in attack, defense or center of midfield and is able to be” a dynamic player in any position it fits in. Yoni is a confident player who is able to contribute goals and assist through the course of the game or through set pieces. “

Ryan is a local player from Warrington, Pennsylvania who attended Central Bucks South High School. He has competed in the highest levels of US youth football in the country, winning a state championship and playing in the National League for three years with his club Philadelphia Ukranian SC.

Coach Koski on Ryan: “Ryan will be an excellent addition to our goalkeeping pool as he brings a lot of experience and maturity. He is a strong goalkeeper who wants to improve and learn. Ryan has a very high level of work ethic that we value in our program and that should blend in well with the program. “

Perry joins the Accra, Ghana program and attended the Kent School in Kent, Connecticut. He has played brilliantly for both his high school team and Black Rock FC. Perry also participated in USL2 with LVU and Black Rock. He joins Michael Tahiru as only the second Ghanaian student-athlete in the program’s history.

Coach Koski on Perry: “I am very happy to bring Perry and Lehigh into the program. He is a left-footed striker or attacking midfielder who can throw defenders off balance with his speed and create goals for himself or others. Perry’s strength, speed and Football IQ will make our attacking group more sophisticated. “

Matias attended Bergen Catholic and has experience with PDA at the ECNL level as well as the US Development Academy / MLS Next level with PDA and NYSC. He was conference champion with his high school team in 2017 and won an ECNL National Championship with PDA in 2019.

Coach Koski on Matias: “During the recruitment process we saw that Matias is able to play several attacking positions well, which will be valuable for the team. He is a strong technical player with a good size and playing IQ, and Matias has played in the top clubs in the country for a number of years and has had success with these teams and we expect those successes to help him make a good transition to Division 1 and Lehigh football. “

Trainer Koski about Nikhil: “I was fortunate enough to have been part of Nikhil’s development for years after I trained him at LVU. He has the size, competitiveness and strength to live up to his strong technical qualities. I know that his drive will be very important in Nikhil’s defense, distribution and confidence with the ball outside the defensive line make him a great addition to the way we play and I look forward to being part of his further development. “

Harrison will join the program as a North Jersey defender after graduating from Delbarton High School and playing club football for STA. He was a regular participant with STA in the USYS National League and competed against top national teams while winning a US Club National Championship in 2019. Harrison also helped his high school team reach the NJ State Championship for all four years of his high school years, winning all-league, all-county, and all-state honors.

Coach Koski on Harrison: “Harrison is a defender who fits well into the team. He plays calmly and will bring athleticism to the defense. I’ve seen Harrison play both as a center-back and as a full-back, and his versatility will suit him help with the transition to Division 1. “

Tommy comes to Lehigh from Chicago, where he attended Loyola Academy and played football for FC United. He has excelled at the club and high school levels, and has competed in the USYS National League and Nationals. Tommy won both the State Cup and the Midwest Regional Championships with FC United. In addition, he was selected as the first All-American in the history of the Loyola program. Tommy was a two-sport athlete at Loyola Academy and also competed on his school’s basketball team.

Coach Koski about Tommy: “Tommy is an athletic attacking player who is able to create space with the ball in and around the box. Tommy impressed me and the staff with his creativity in the last third and his ability to play various attacking roles. As a two-sport athlete, we believe Tommy’s best football is still ahead of us and I’m excited to add it to our program. “