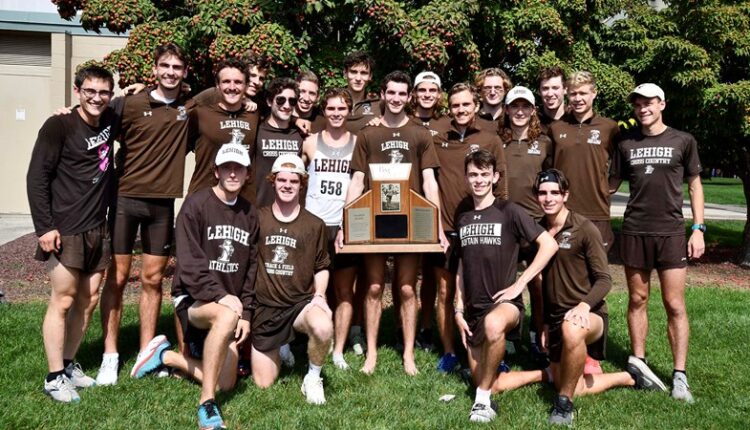 EASTON, Pennsylvania – Junior Connor Melko and PhD student Seth Slavin finished 22nd on Saturday in Easton. The Mountain Hawks finished with a low team score of 23 versus the Leopards of 32 to keep the Bryan Mundy Trophy. Lehigh presented four of the first six finishers in an impressive overall performance.

“It was an uphill battle and we expected it,” said Lehigh head coach Todd Etters. “We thought it was going to be a really tough, highly competitive race. The heat and humidity really played a big part. Running in corn fields in that heat and humidity made it a lot worse. We thought we’d be better up front.” . Our two boys, Connor and Seth, did a great job up front and then our depth came into play. I’ve seen a tough race and I’m glad we came out the way we did. “

Melko was Lehigh’s top finisher for the second time in as many matches after finishing fifth overall at the Lehigh Invitational for the Patriot League Male Runner of the Week. He finished the 8 km that Saturday in 25: 24.34.

“I knew that our team had the best chance of winning today if I win the race,” said Melko. “Seth and I only worked the first two miles then I felt fine up on the first hill. From there I paused the race and came down and won. It was nice to see Seth right behind me Second place landed. “

The fact that it was against Lafayette also added to the significance of the strong performance on Saturday.

“This is one that I think we will remember for a long time,” said Etters. “We played a role against them. Bring your A game.

“I think we weren’t quite in our A-game status today, but we were pretty close,” continued Etters. “The effort was there and we just have to clean up a few things. Today it was about the boys’ will to keep pushing hard and they did well.”

At the start of the day, Melko knew the team had to be doing well to beat the leopards, and that is exactly what they did.

“We knew they had a good team this year,” he said. “They beat us in the Patriots last year. We knew it was going to be a close race, but we had good practice and we had confidence. We came out of here and did it.”

The Mountain Hawks will be back in action on Friday October 1st as they host ASICS ’47th Annual Paul Short Run.

We caught up with the men’s XC head coach Todd Etters after the Mountain Hawks got the 2nd pic.twitter.com/07IM5n4sar

This is what Connor Melko had to say after the men beat Lafayette in Easton this morning. pic.twitter.com/sie7T2u7nE