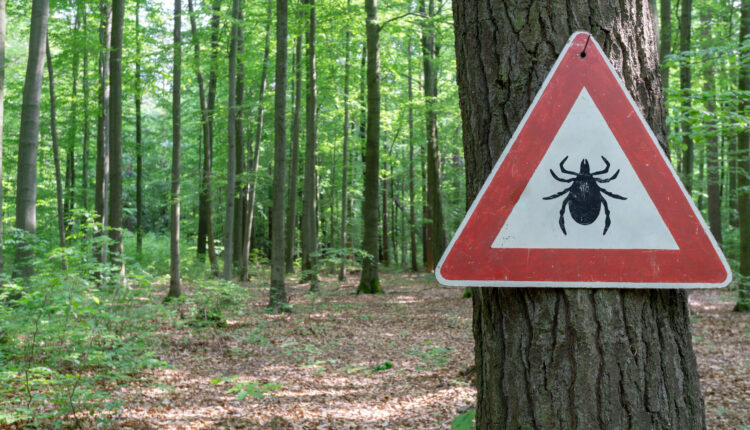 Lyme disease protection: No vaccine yet, but an antibody shot could soon provide immunity | Opinion

Lyme disease has become an insidious epidemic in the United States. Caused by bacteria transmitted through the bite of an infected tick, it can lead to heart problems, meningitis or arthritis if left untreated. It is the most common tick-borne illness in the United States, and the Centers for Disease Control and Prevention estimates that around 475,000 people likely contract the disease each year.

Scientists, doctors and ecologists have worked for decades to slow the spread of Lyme and the blacklegged, or deer, ticks that carry the disease-causing bacteria. However, the ticks’ range continues to expand. Today, over 50 percent of the American population lives in an area where these ticks are found.

The U.S. Food and Drug Administration approved a vaccine against Lyme in 1998, but it was met by controversy and was pulled from the market three years later. Efforts continue today to create a human vaccine as well as to stop the spread of Lyme by other means, including using gene editing to immunize mice that can transmit the bacteria to ticks, killing deer and using pesticides to control ticks.

My colleagues and I have been working on a different kind of prevention: a yearly injection. I am an infectious diseases physician-scientist and have been studying and working toward preventing Lyme disease for much of my career. Our recent work on preventing Lyme disease has been conducted at University of Massachusetts Medical School’s MassBiologics, the only nonprofit, FDA-licensed manufacturer of vaccines and biologics in the United States.

Our method, known as Lyme PrEP, delivers a single anti-Lyme antibody directly to a person rather than triggering the patient’s own immune system to make many antibodies, as vaccines do. It is designed to be a seasonal shot that people can get once a year before tick season begins in April. We have published several peer-reviewed articles on this method, including on its success in mice and nonhuman primates.

In February 2021, we received approval from the FDA to proceed with the first human clinical trial of Lyme PrEP, and all of the volunteers in this trial have been enrolled and received the shot. Our goal for this study, also known as the phase 1 clinical trial, is to test the safety of the new medicine and determine how long it might stay in the bloodstream and prevent Lyme disease.

The preliminary results from the trial are very encouraging: They show that Lyme PrEP is safe and should be effective during the entire nine-month season when most people acquire Lyme disease.

In 1998, the FDA approved a Lyme vaccine composed of protein antigens from the surface of the Lyme bacteria, Borrelia burgdorferi.

A vaccine works by introducing proteins from the disease-causing agent into the body to trigger the body’s immune response, which includes making antibodies against bacterial proteins. Antibodies have been used to prevent and treat infectious diseases for over a century. In the case of the Lyme vaccine, it can take many months for the body to build up the necessary level of immunity to prevent infection. It also means that some of the antibodies induced by the vaccine can have “off-target” effects, or side effects.

The Lyme vaccine, known as LYMErix, largely reduced infections but was withdrawn from the market after three years because of limitations and controversy.

LYMErix needed to be administered by multiple injections over a year before immunity developed. Uncertainty about the length of immunity from the vaccine also raised questions of whether a booster shot would be regularly needed. Further, publicity about side effects such as arthritis, reported by some who had been vaccinated, contributed to its decline in popularity.

Today, a French biotech company, in collaboration with Pfizer, is attempting to develop a Lyme vaccine; it is currently in clinical trials.

Unlike a vaccine, Lyme PrEP uses a single human antibody, or blood protein, to kill the bacteria in the tick’s gut while the tick drinks its victim’s blood, before the bacteria can get into the human host.

Through our research, we realized that just one of the antibodies that the human body developed after multiple injections of the LYMErix vaccine was sufficient to prevent infection. So we identified which antibody led to immunity and tested it in animals, where it proved 100 percent effective.

These animal studies show Lyme PrEP gives protection immediately upon injection as it circulates through the blood. Unlike a vaccine, which induces many antibodies that may not contribute to protection but can cause side effects, this approach uses a single, defined antibody, thus reducing the risk of side effects.

Humans, however, need to be protected longer, likely for the approximately nine-month season when over 90 percent of cases occur. So far our phase 1 trial indicates that the shot will give protection for the necessary amount of time, but we will have to confirm that during the later phases of the clinical trials.

The next two phases of the clinical trial will test for safety and efficacy. We hope to complete these larger studies in late 2022. If all goes well, Lyme PrEP could become available to the public in 2023 or 2024.

This article is republished from The Conversation under a Creative Commons license. Read the original article.