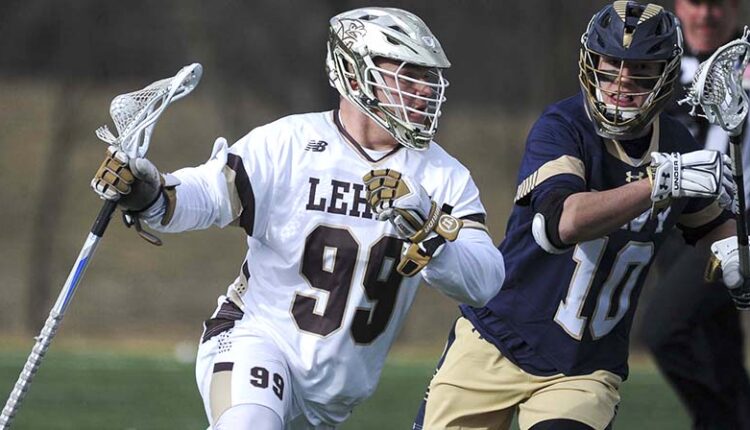 Lehigh Men’s Lacrosse # 10 squeaked past # 7 Army 13-12 at Ulrich Sports Complex on Saturday afternoon, adding another victory to their unbeaten resume.

The Mountain Hawks are 2-0 against other teams in the top 10 – ready for national attention before they take on Navy No. 14 next weekend.

On the strip, Junior Mike Sisselberger was automatic and won 23 of 27 of his faceoffs.

What Siss does so well is his ability to secure the floor ball even if he loses the clamp. He regularly leads the team in floor balls and provides the Mountain Hawks with important additional possessions.

All afternoon it was difficult to stop Brendan Nichtern from the army: after the opener, Nichtern scored his second goal in just 10 minutes, but John Sidorski and Cole Kirst of Lehigh came up to level the scoreboard and the first quarter ended with 2: 2. Kirst led the Mountain Hawks by four goals, while Nichtern led both teams by five goals and two assists.

A strong second quarter, including a failed goal from Lehigh’s Christian Mulé and two more from Kirst, helped the Mountain Hawks into half-time with their beaks before 6-5. A bad penalty at the end of the first half created a chance for the Black Knights early in the third quarter.

Lehigh responded with three quick goals, but just as the Mountain Hawks looked like they might retreat, Notern hit another.

After a few more goals, the third quarter ended 11-8 and the Mountain Hawks started the fourth quarter three goals ahead.

A nice dodge by Nickolas Edger of the Army followed by an unfortunate knee injury from Lehigh midfielder Jack Spence seemed to take all the air out of the stadium. A turnover and two more goals from the Army ensured that the game ended in less than nine minutes at eleven o’clock.

Fortunately, strong team defense and a couple of ground balls secured by Teddy Leggett opened up another opportunity for Mulé to put the Hawks in front. Lehigh’s Scott Cole faces a questionable one-minute, non-releasable sentence that breathes life into a depleted black knight team that only has a few minutes left in the game. Army scored to tie the game at 12.

After a crucial break – man-down with possession at the end of the fourth quarter – Cole delivered a missile to Kirst, his fourth, to propel the Mountain Hawks forward. When the service called, two key saves by goalkeeper James Spence sent the Black Knights to pack and closed the book on the toughest challenge the Browns and Whites had to face this season.

“I still don’t think Lehigh played his best lacrosse this year,” said Cassese. “I think we can be cleaner. I think we can improve in many areas. “

Lehigh star Tommy Schelling was missing from the list of points. Despite being in attendance, he was effectively removed from the game by the All-American Army defender Marcus Hudgins.

“Hudgins did a great job with him,” said Cassese. “I don’t think we really helped Tommy so the other guys had to move up and win their matchups.”