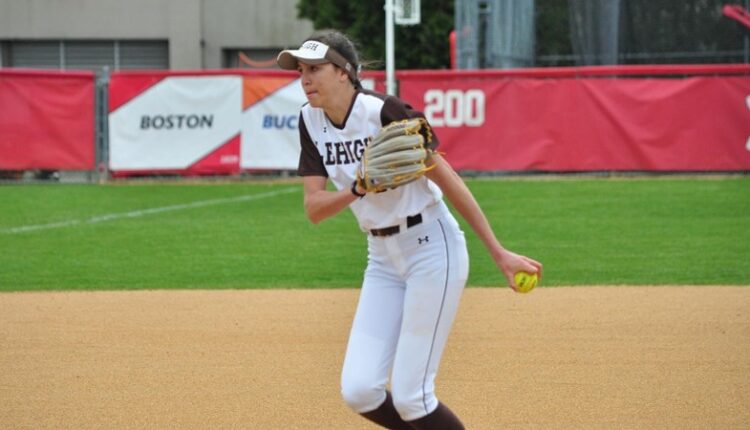 BOSTON – Junior Gabriella Nori fired a two-hit shutout and the bottom half of Lehigh’s line-up delivered some big hits as the Mountain Hawks opened the Patriot League tournament with a 7-0 win over Colgate on Thursday at BU Softball Field.

The Mountain Hawks scored one run in the second inning and then managed a split with a third run in four runs to claim their ninth straight win. Lehigh will now meet top seed in the first game on Friday and host Boston University.

Nori was superb on the way to her third shutout of the season. It only allowed five base runners in the entire game. She went to Colgate leadoff hitter Virginia Irby once and then pitched them on her next two record appearances. Morgan Farrah followed Irby’s second two record appearances with Colgate’s only two hits, a single in the third and a double in the sixth, but on both occasions Nori tried to keep the Raiders off the scoreboard.

The All-Patriot League’s first pick hit seven. Nori extended her streak of consecutive innings without allowing a deserved run to 36. She is now 8-5 in the season.

Greaney led with a double down the left field line at the end of the second inning. Pinch runner Bella Egizio was sacrificed to third place and came home with the first run of the game on a ground out from junior Melissa Fedorka.

The Mountain Hawks loaded the bases with no outs in the third on infield singles from Junior Carley Barjaktarovich and Cimino and a mistake on a ball hit by Junior Jaelynn Chesson. After picking a field player for the first out, Junior Karsen O’Rourke hit in the left center and scored Cimino with Lehigh’s second run of the day. Greaney then brought home a run with an infield single. Sophomore Josie Charles then hit a helicopter in the middle that went through for a split single, giving Lehigh a 5-0 advantage after three innings.

Lehigh added a single run in the fifth when freshman Brooke Cannon met in a wild field and another in the sixth when Barjaktarovich stole home in a brace with Cimino.

Bailey Misken took the loss to Colgate, allowing five runs (four earned) with eight hits in 1/2 innings of work. Bella Crow was effective in 3.2 innings of relief but gave up two runs, one of which was earned.

The Mountain Hawks face Boston University in their first game on BU Softball Field on Friday. The game time is set at 11 a.m. The winner of that game will advance to the championship round on Saturday while the losing team will take on the winner of the Friday playoff between Colgate and Army at West Point in a second playoff at 4pm. The video broadcast of the entire Patriot League tournament is available on ESPN +.