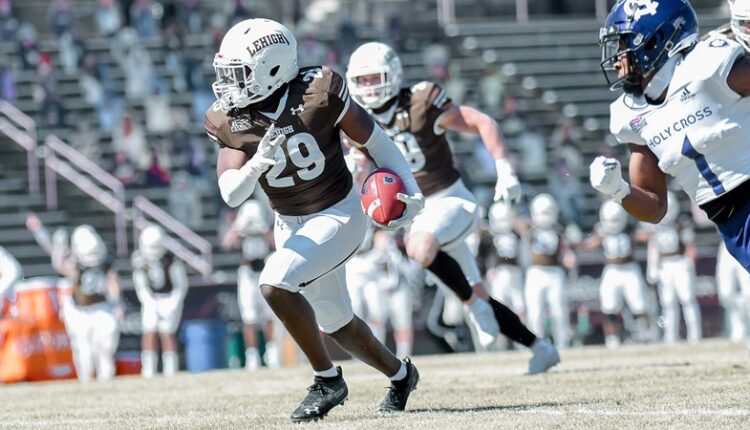 The all-league teams and major football awards are chosen by the league’s head coaches.

Leach followed a strong freshman campaign in 2019 with an impressive three-game stretch that spring, finishing second with the Mountain Hawks with 18 tackles and three tackles for loss, an interception, a pass separation, and a forced fumble added.

The Norristown, Pennsylvania, product opened the spring campaign with a standout performance against Holy Cross, who led Lehigh with nine tackles, adding two tackles for the loss and his first career intercept that set the Mountain Hawks’ field goal. Leach has now made 10 consecutive safety starts since the 2019 season.

Haffner is the only repeat selection of all leagues among Lehigh’s six winners, as he receives the second team award for the second time in a row. Lehigh’s top 28-stop tackler, Haffner, added three tackles for the loss, a sack, and a fiddly recovery, along with two pass separations. He had 11 tackles against Bucknell and no fewer than eight in any game that season.

Wimberly is the only first year Patriot League player to form an All League team. He started all three games at cornerback and finished fourth at the Mountain Hawks with 13 tackles. Wimberly had lost two tackles and took a sack against Bucknell while adding two pass separations. The native of Glenarden, Md., Opened his eyes to the bison when he limited reigning Patriot League offensive player of the week Brandon Sanders to three catches for 24 yards, a week after a show with 12 catches and 179 yards.

The Mountain Hawks led the Patriot League in overall defense during the spring season, allowing only 252.7 yards of attack per game.

Snyder receives the second close-end team award after being in that position in the preseason All-League pick. He had six receptions for 58 yards in three games, highlighted by a 36 yard three catch attempt against Bucknell.

Fournier and Gurth were recognized as veteran presences in an otherwise young offensive line. Fournier, the senior member of the line, has started all 25 Lehigh games with left winger for the past three seasons, having played seven games and making three starts in the middle. Gurth has started all 25 games since joining Lehigh, the last 14 in the middle after starting all 11 games in 2018 as a true freshman in real tackle.

* Additional players have been selected due to voting differences for the offense of the first and second team and for the defense of the second team.