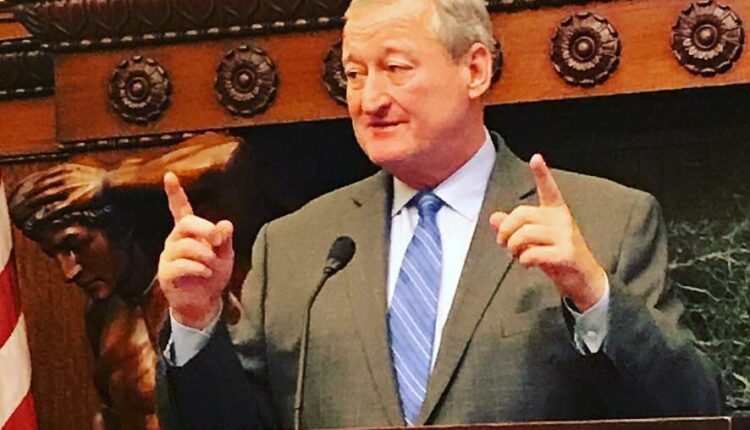 PHILADELPHIA — Mayor Jim Kenney doubled down on his refusal to declare a state of emergency over the city’s surging gun violence on Wednesday over the calls of a West Philadelphia legislator.

Instead, an emergency order could have an “unintended consequence and cause more fear in our communities, especially communities of color, already dealing with decades of systemic racism and poverty, which we are committed to getting rid of,” Kenney warned.

During his bi-weekly update on his administration’s violence prevention efforts, Kenney pushed back against political broadsides from Councilwoman Jamie Gauthier over his refusal to declare a state of emergency, which she called an “insult” and “tone-deaf” in a released statement yesterday.

“What I won’t do is allow for the fact-based work to be overridden by the political expediency sought by some and that is why I do not believe that a local emergency declaration would have any benefit for Philadelphia,” Kenney said.

Kenney’s comments came two days after he had informed Gauthier in a letter that he would not put in place a local emergency order.

While softening her calls for an emergency order — “the mayor can call it whatever he wants” — Gauthier called for Kenney to do more to reduce gun violence overall, accusing him not responding to the crisis like it was an emergency.

“If the mayor is enacting an emergency response, he needs to show us how it’s playing out because I don’t believe the people of Philadelphia see it,” Gauthier said, adding: “Black and brown people, particularly young men, are not safe in this moment — no one is safe in this moment.”

Gauthier demanded the mayor to dispatch outreach workers to quell conflicts in neighborhoods; keep recreation centers open “for as many hours as possible”; and more jobs programs and trauma services.

Kenney said he has had discussions with Gov. Tom Wolf over the potential for a statewide gun violence emergency declaration, similar to what New York Gov. Andrew Cuomo put in place this month.

The mayor also refused to call in National Guard troops to reduce the violence.

Killings reached 309 on Wednesday, up 34 percent compared to the same time in 2020, according to the police department’s online database.

Philadelphia is coming off of a violent 2020. Homicides reached a 30 year high — 499 — and the city recorded the highest year-over-year increase in killings of any year dating back to 1960, according to police data.

There have been 1,263 shooting victims as of Sunday, up 26 percent compared to the same time last year, while shooting victims were down 10 percent in the police department’s Pinpoint areas, according to police.

African Americans are disproportionately the victims of homicides and shootings.

Police have made 1,523 arrests for Violations of the Uniform Firearms Act (VUFA), up 167 percent compared to the same time last year, according to police. Officers are also on track to recover more crime guns than last year.

Shortly before the news conference, a triple shooting around 55th and Race Streets in West Philadelphia left an 18-year-old and 15-year-old dead, and another 15-year-old child shot, police said.

Deputy Police Commissioner Ben Naish said during the news conference that the teenagers were operating a vehicle when it was shot at several times.

“We have no idea at this point what the motive is,” Naish said. “It’s way too early.”

Deputy Police Commissioner Joel Dales said one of the victims was shot in June.