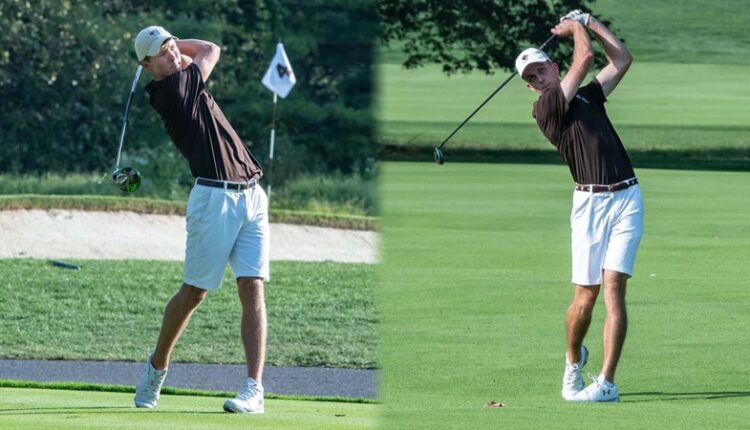 VILLANOVA, PA. Sophomore David Hurly turned another low lap to take the lead when Lehigh opened the Wildcat Invitational Monday at the Radnor Valley Country Club with 295 points. Hurly boggled three of his first seven holes to even shoot par 70 and is in a tie for fifth place after the first 18 holes. Lehighs 295 has the Mountain Hawks in ninth place in a field of 16 teams.

Owen Quinn, senior in his fifth year, made a birdie and three bogeys on his opening round 72, with Quinn finishing 18th.

Sophomore Sam Barton opened with a 75 that included two birdies and finished in 46th place, while newcomer Edmund Broderick was the fourth Mountain Hawk to break 80, card two birdies in a 78, and finished 72nd.

Also battling for the Mountain Hawks were Joey Dotta, who shot 81 and finished in 85th place, and newcomer AJ Gilpin, who shot 86 on his Lehigh debut.

St. John’s shot three under par 277 and took the lead with five strokes over Bucknell. Hosts Villanova and Drexel are tied for the third 12 strokes behind the Rote Sturm.

Jack Simon and Douglas Beney from St. John’s are tied for the individual lead after four rounds under par 66.

The Wildcat Invitational ends on Tuesday with the final 18 holes at the Radnor Valley Country Club.